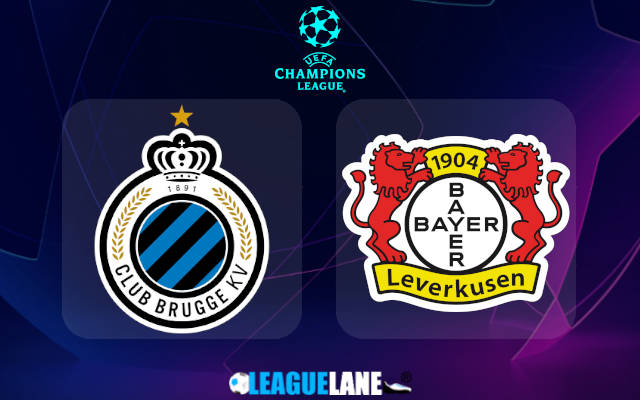 Club Bruges have been one of the best teams in the Belgian top flight for the past several years. They had finished second in the table owning the most number of goals and the team that lost the fewest number of fixtures in the whole of the tournament.

The Blauw-Zwart seems to have picked up things from where they left off in the previous season. They have only lost once in the new campaign so far with a perfect score including five wins.

Meanwhile, Bayer Leverkusen had finished 3rd in the German top flight. They will be taking part in the Champions League this season and they really did earn their place in the tournament.

Despite of their impressive previous season displays, Bayer Leverkusen have not been able to recreate it this time so far. They have lost all the three appearances they had since the new campaign and have let in goals in numbers.

Round 1 of Champions League will see Bayer Leverkusen facing the hosts Club Bruges on Tuesday. These two will be seen clashing at Jan Breydel Stadion.

Bayer Leverkusen were winless in 7 of their previous 10 overall games and they had remained so in 3 of their past 5 road trips as well. On a positive note, Leverkusen belongs to the German top flight, which is much competitive than the Belgian.

On the other hand, Club Bruges are on a four-game winning streak and they had scored a total of 12 goals in the process. Do also note that they have lost just thrice in front of the home crowd in the past 20 matches.

By the looks of things, expect a win or draw for the hosts this Tuesday in front of their supporters. While you can also go with the Both Teams to Score bet considering the possible potential of Leverkusen.