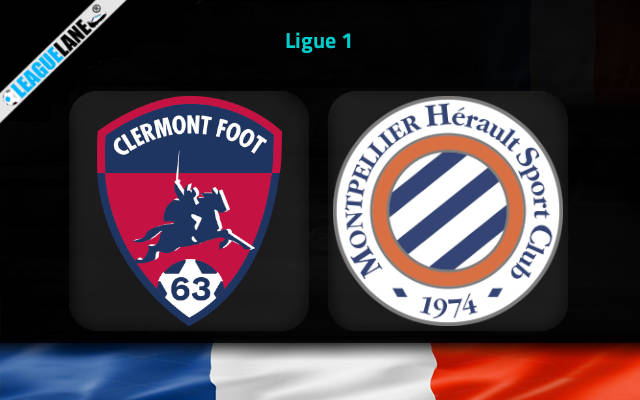 Neither Clermont nor Montpellier have been pulling up any trees going into their head to head clash in Gameweek 36 on Sunday afternoon at Stade Gabriel Montpied.

Clermont showed their limits once again last weekend when they dell 2-0 away at ten-man Brest despite having an extra man on the pitch for more than one hour.

The team led by Pascal Gastien thus returned to losing ways after a thread of three successive matches without a defeat.

They will have a nice chance to rebound immediately here against Montpellier who have been in an even worse shape of late.

La Paillade have been on the beach for quite some time. They have secured the survival in the elite tier of French football a while ago and have nothing to play for in the remaining matches of the campaign.

This was the main reason for a negative thread of four defeats and two draws in the previous six Ligue 1 games for Olivier Dall’Oglio’s troops.

Montpellier have been particularly weak defensively in the previous two rounds, conceding seven goals in the clashes against Lyon (a 5-2 loss on the road) and Metz (a 2-2 draw at home).

The fact they barely avoided a defeat at home against the rock-bottomed Metz who own by far the worst attacking record in the league says enough about Montpellier’s current form.

This is a much more important game for the hosts who are only two points above Saint-Etienne in the relegation playoffs spot.

However, Clermont have won only one of the previous ten Ligue 1 matches and they looked horrendous in a 2-0 loss at ten-man Brest last time out. We will back the stalemate at the 3.80 odds.