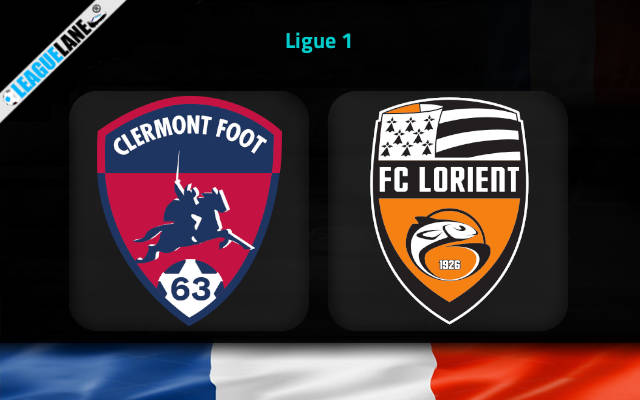 In game week 28 of Ligue 1, Clermont faces Lorient for their next match on Sunday at Clermont-Ferrand.

Clermont played their last match against Lille. Lille won the match with a four-goal difference. Clermont failed to score a single goal in the match, ending the game with 4-0 FT score.

Lorient has added another loss to their tally after their last match against Lyon. Lyon scored two goals in the match while Lorient score only one. Lyon took the lead in the 5’minute and kept the lead until the end. The match ended with 1-4 FT score.

Clermont has played poorly in their matches this season and could secure wins in only a few matches. From the last ten matches, the team has scored in only six matches. However, four of the five wins were secured in the last ten matches. Their poor performance has affected their standing on the league table, putting them in the 15th position with only 28 points to their name.

Lorient also has shown no improvement in their matches in this season matches. Even though the team has scored in seven of the last ten matches, they could find wins in only two. The team now sits third from the bottom of the league table, with only 24 points from their matches so far.

Both teams are in the same position when it comes to their performances. They have played in their matches and have secured wins in only a few of the matches. From the last five matches, both teams have won two, drawn one and lost two.

I believe the match is likely to end in a win for Clermont because of their slight advantage of playing in their home ground.