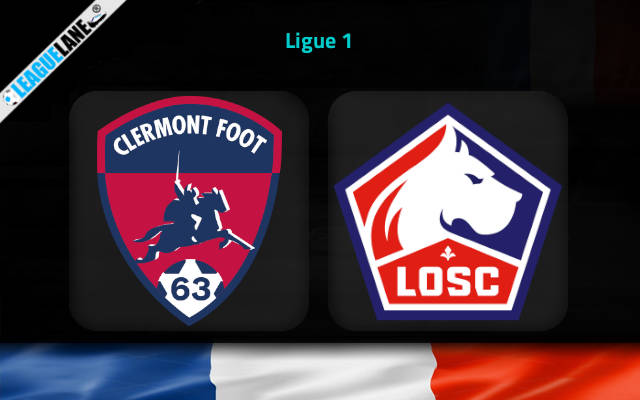 Although many experts predicted Clermont Foot to be down in the relegation battle, they have gone on the World Cup break as the 10th team in the Ligue 1 table.

We thus have to praise head coach Pascal Gastien for the great job he has done with this group of players in the first part of the season.

His Clermont will, however, have a mountain to climb to stay in the top half of the standings in the next several weeks with the fixtures against Lille, Lyon, and Rennes upcoming.

Gastien’s troops did not shine in the recent friendlies during the World Cup break either. They have failed to find the net in the clashes against Real Valladolid and Sochaux, after losing 4-2 at the hands of Spanish Valencia.

To make matters worse for Gastien and his men, their Wednesday rivals Lille have been on a tremendous run of form in the latest outings.

Lille won four and drew one of five mid-season exhibitions. Their very best performance has come in the last game as Paulo Fonseca’s troops demolished Italian Serie A leaders Napoli 1-4 seven days ago away at Stadio Diego Armando Maradona.

Lille’s top scorer Jonathan David was obviously on target on the occasion, as well as one of the team’s main creators Jonathan Bamba.

Lille looked sensational in the recent friendlies, especially last week against the likes of Napoli away on Italian soil. We can hardly look past the away win pick at the 1.80 odds, more so because the visitors are 7th in the Ligue 1 table at the moment and they need points to get involved in the battle for the UEFA Champions League positions.

You can back Lille to have the lead at the half time and win the match at the end at the 2.87 odds, while we will also go with Jonathan David to score anytime for the visitors at the odds of 2.62.