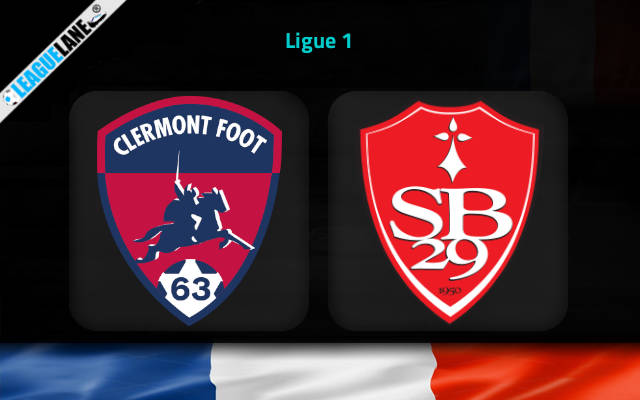 Brest are easily the worst team in the French top flight this season. They are placed bottom-most in the table, and it goes without saying that whoever takes on them will be default considered as the favorites for the day. Clermont are at home, and they just cannot let this chance go to waste.

They are placed eighth in the table at the moment, and need a surplus of four points to climb level with the fifth-placed Rennes.

It is to be noted that they lost just four times all through the competition, and only two of these came at home. And of the two defeats, one came against toppers and defending champions PSG.

Moreover, the eighth-placed team also have another aspect to consider. The sixth-placed Monaco and the seventh-placed Lille are locking horns with each other this match-day, and at least one of the two will drop points.

The team might not get another chance to shoot straight into the top-most tier.

Meanwhile, Brest are placed 20th in a table of 20, and only once have they won through the competition. Not only did they lose four of their previous five overall games, but they also are one of the three teams in the Ligue 1 to remain winless in the past five fixtures.

By the looks of things, expect a win for Clermont Foot this Sunday at their home.

Clermont recorded a 1-1 draw the last match-day against former champions Monaco, and they also managed to register a win against titans Nice early in the season.

They are also on a good run at home. In fact, only once did they fail to find the back of the net at this ground, and it was against PSG.

On the other hand, Brest are on a winless run since August. Barring two draws during this stretch, they have a 100% losing record as well.

On top of that they are on the road, where they have been in an even bigger mess. By all means, expect a win for Clermont this weekend.

Tips for Clermont Foot vs Brest