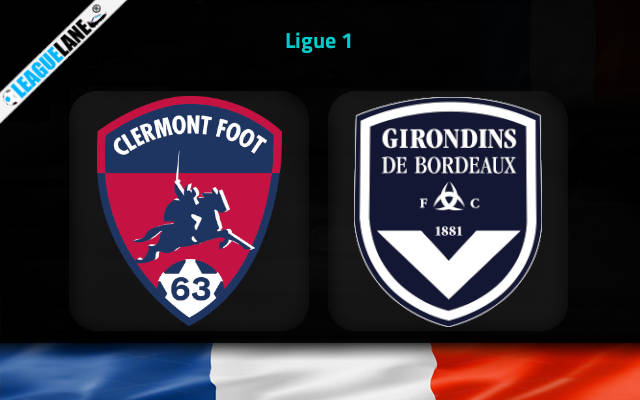 Clermont have taken a lot of points for a club in the bottom half of the league table in recent games. The revival in form they have managed is truly remarkable, as they have taken nearly a third of their total points from the last month.

In their most recent league fixture, the club took three huge points in an away fixture against 2nd place team Marseille in a contest that ended 0-2.

This was their 3rd win in four league games. Also registering a loss from those games, with twenty seven points to their tally the club is now 15th in Ligue 1, six points clear of relegation.

Bordeaux have in no way been the worst team in the French top flight over the last few weeks. However, they have not delivered with performances, worthy of getting out of the drop zone.

They managed to gain a point in the fixture against 6th place team Monaco in a 1-1 draw, at home. This was only the second time the team avoided defeat in their last five league games.

With four points from their last five league games, the club is now sitting rock bottom of the league table, level on points with the 17th place team.

Les Girondins have lost four of their previous five away fixtures; however, their opponents have not won by more than a goal at home since their opening fixture. Consequently, I have backed the away side with an Asian handicap.

Hwang Ui-Jo has been the saving grace for Bordeaux for the second year in a row. The South Korean following twelve goals in the league last season, has already scored ten this season. The 29 year old who is the league’s 3rd highest goal scorer has scored in the preceding three away fixtures his team has managed to get on the score sheet and is my pick to score anytime this weekend.