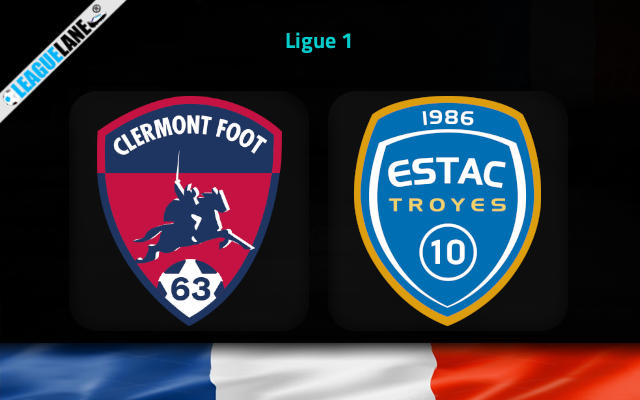 Clermont Foot have tightened things up defensively in the last several weeks. They shipped just one goal in the previous three league outings and will come into this Sunday’s clash against Troyes in high spirits.

Pascal Gastien looks to have found the right formula for his defensive line which has been very tough to break down of late.

Clermont looked great in the last weekend’s away clash against Strasbourg, holding the rivals to a goalless draw while being big underdogs before the kickoff.

Gastien’s men were not inferior side on the pitch at all on the occasion. They thus backed up the 2-0 victory over Toulouse in the previous home fixture.

Clermont Foot will have a nice chance to make it three subsequent home wins here against Troyes.

The visitors have been playing hot and cold in the opening seven rounds of the competition. Although they managed to net seven goals in the consecutive wins over Angers and Monaco in late-August, Troyes showed a sloppy performance in a 1-0 defeat at Lens last Friday.

The team led by Bruno Irles only managed to get two shots on target in a lethargic and toothless offensive showing at Stade Bollaert-Delelis.

Troyes lost three of four away matches so far in the season, conceding as many as ten goals in the process.

This will be the music to the ears of Muhammed Saracevic who has scored three goals in seven appearances this term of Reims.

We’ve seen fewer than three goals scored in four of Clermont’s previous five Ligue 1 outings. The Under 2.5 goals FT is our main betting pick here at the odds of 1.80.

Also, since Troyes did not score in the last season’s two clashes against Clermont Foot who have kept their net untouched in the previous two league outings, the value is great with the hosts to keep a clean sheet at the 3.00 odds.