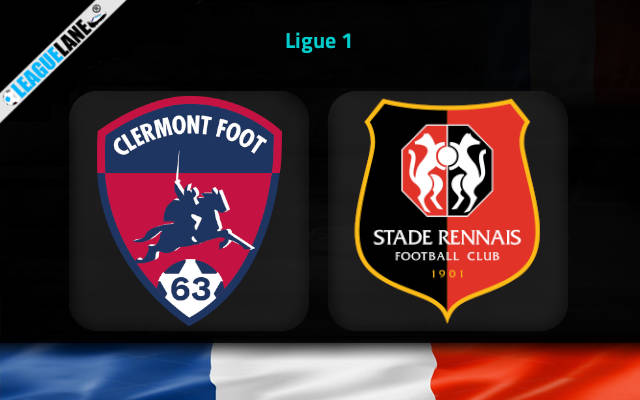 Clermont Foot vs Rennes Predictions and Free Tips from our expert tipsters when the teams go head-to-head in the Ligue 1 on Wednesday, 11 January 2023.

Rennes have been consistent throughout this season. They are seated in the fourth position at the moment, and it is definitely earned. They will be keen to keep this momentum going on, and further strengthen their position in the top-most tier.

Clermont have been in such struggling state that they have a single win to their name since the second week of October. It is also quite concerning that they scored just one goal since the season resumed after the World Cup break.

Who will win the match between Clermont Foot and Rennes?

Rennes lost just once since August, and all along they scored goals in huge numbers. In fact, they won 10 of their past 14 matches.

At the same time, their counterparts have one win to their name in the past three months, and they have a single clean sheet in the last four months. For sure Rennes have the edge this Wednesday at the Stade Gabriel Montpied.

Just a year before Rennes delivered an absolute thrashing in the form of a 6-0 win against this opponent. And at present, Clermont could be counted as one of the worst teams in the whole league.

It is logical to expect this match-up to produce a lot of goals. After all, Clermont have kept one clean sheet since September.

This is unlikely to happen. Since the season resumed, Clermont have found the back of the net just once. Their offense is totally out of form, while Rennes are determined to keep their streak going.

Rennes are fourth in the table at the moment. The fifth-placed Monaco and sixth-placed Lorient are pitted against each other this match-day, and at least one of them will drop points. This is an opportunity for the visitors of the day to strengthen their position.

They have also been impressively consistent over the course of the past few months. In fact, they recorded wins in 10 of their past 14 matches.

On the other hand, Clermont have been in total freefall mode. One win in the past three months is a stat to be expected from a team about to be relegated.

Likely, Rennes to Win @ 2.00 odd is a great pick. And on that same note, Over 1.5 Team Goals by Rennes is another tip which would go as a good complement to this.