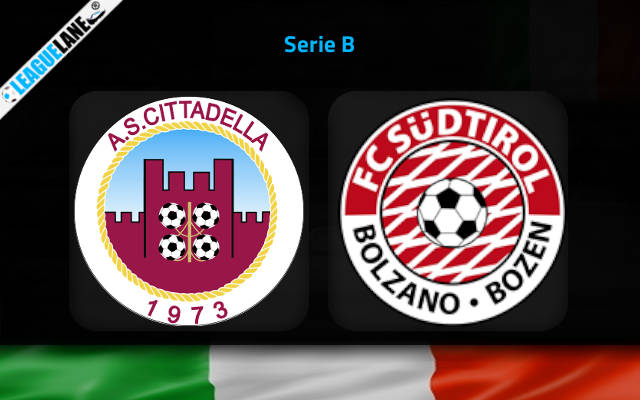 Cittadella vs Sudtirol Predictions and Free Tips from our expert tipsters when the teams go head-to-head in Serie B on Sunday, 18 December 2022.

Two back-to-back defeats have made Cittadella’s situation complicated. They are now close to the relegation zone. They need to focus on improving their home form this month.

Meanwhile, the last time Sudtirol won a league fixture was nearly two months ago. Most recently, they played a goalless draw against Ternana.

Both teams will be meeting after a period of six years. The host won the last meeting by 3-2. The host have not won this fixture at Stadio Pier Cesare Tombolato against Sudtirol. It is important to mention that the last time Cittadella won at home was way back in September this year.

Who will win the match between Cittadella and Sudtirol?

The host are struggling to win in the league this season. They are on a two-game losing streak. At the same time, the visitors have improved their away from as they are unbeaten in five of the last six away fixtures.

Manager Edoardo Gorini will have a difficult game against Suditrol.

The last head-to-head meetings between these two teams ended with over three goals combined. This fixture rarely lacks goals.

The visitors are ninth in the league, also they are unbeaten in four of the last five outings. We can expect them to win against this team. You can back the following as our first tip is Sudtirol will win this game – at 4.20.

Furthermore, our second tip is that Both teams to score – at 2.10. The last meeting between these two teams at Stadio Pier Cesare Tombolato ended in a 3-2 scoreline.