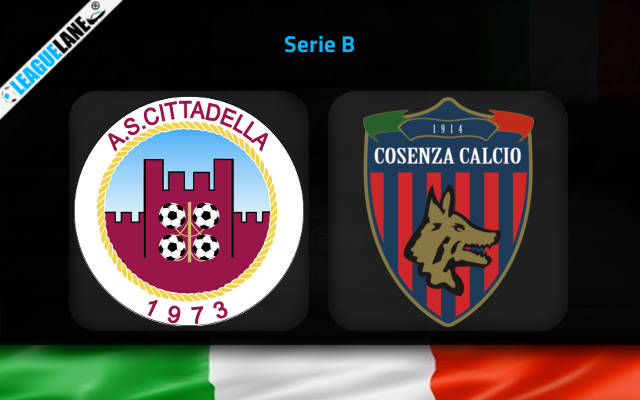 Cosenza got their much-needed victory as they defeated Palermo. Now they will look to build on this as they will travel to Stadio Pier Cesare Tombolato to clash against Cittadella.

Things are not looking good back at Stadio Pier Cesare Tombolato, the home team are winless in their last three matches. To make things worse they have not scored in any of those three matches. In their last away outing, they lost to Parma by 3-1.

Cosenza are also facing a similar crisis as their counterparts as they have lost four of their last five outings. However, in their most recent game they picked up three important points as they defeated Palermo by 3-2. Currently, they are in the seventeenth position on the table.

The visitors have lost more than 50% of their matches this season. They will have to perform consistently if they wish to reach the top half of the table.

The main reason behind Cosenza’s downfall this season is that they have conceded the most number of goals in the league this season.

Moreover, they have lost their last three consecutive away games by conceding at least three goals.

You can back the following as our first prediction is that Both teams to score – at 2.10 odd. This is after considering that both teams have scored in their last three consecutive encounters at Stadio Pier Cesare Tombolato.

Moreover, our next tip for this game is that Mirko Antonucci to score anytime – at 2.75 odd. He most recently scored against Parma who are a top team in the league this season.
Also, his second-half goal was the reason Cittadella got one point against Brescia.