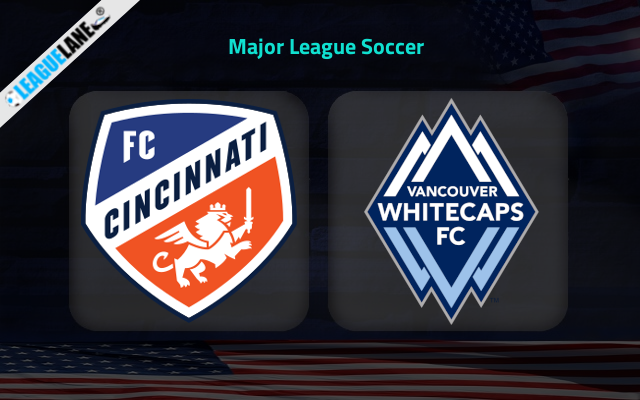 Cincinnati are currently at the seventh spot of the Eastern Conference table. They are having an average form so far this season. The frequent recording of a negative display is what affecting them. Their defensive line-up also looks displeasing while the offensive side seems to have an average momentum.

Cincinnati recorded a 1-1 draw at home against New York Red Bulls in their most recent league fixture. With that draw, they are now following a streak of five unbeaten games in the league at present. Their current improving form might be fueling them to extend it further in the league.

Meanwhile, Vancouver Whitecaps had a winless start to this season. They opened up the campaign with winless fixtures including five defeats. Their dreadful start fueled them to seal a positive outcome. They have improved their form since then and have climbed up to the 10th position of the table.

Vancouver Whitecaps recorded a 1-3 defeat at home against Minnesota in their most recent league fixture. It was their third winless recording in the past 5 league fixtures. They will be hoping to better themselves from recording ofetn winless displays.

Cincinnati have been recording decent displays at home of late. They have managed to remain unbeaten in each of their past three to wove a thread to follow. Their defensive side is the negative factor affecting the smooth run at home.

On the other side, Vancouver Whitecaps is having a fluctuating form on road at present. They were having a bettering form on road, sealing wins, emding up their long losing run etc. But their recent displays turned inconsistent as they recorded a couple of demotivating defeats.

Analyzing all the above stats, we are left to back Cincinnati to seal a win from this fixture. We also back the both teams to score option considering the weak defenses of both.