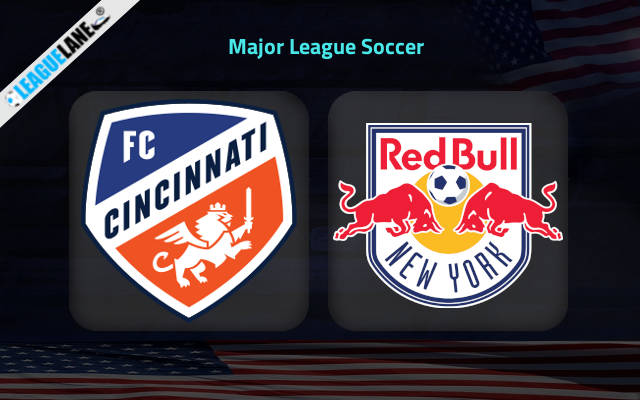 Gameweek 20 of Major League Soccer is being scheduled as Cincinnati host the table toppers New York Red Bulls in Eastern Conference. Both these sides will be seen clashing at TQL Stadium, this Sunday at the top half of the table.

New York Red Bulls is at top flight in MLS with 32 points from 19 games. They won 9 times in the league while drawing and losing 5 times each. Having now won four of their last six league matches, the Red Bulls have now moved to the summit of the Eastern Conference.

Red Bulls go into this clash following a 1-0 league win over Sporting Kansas City in their most recent match. A tendency of at least one side getting a clean sheet in games featuring New York Red Bulls has become fairly consistent in recent matches. Looking at their last 6 meetings shows that it has happened 5 times.

On the other hand, Cincinnati resides just at the 5th position on the table with 25 points. Of the 18 matches played, they won and lost 7 times each in the league while having drawn on 4 other occasions. Within the Play-off promotion zone, they now hope to climb further up the table.

FC Cincinnati enter this game following a 2-2 MLS tied result over New England Revolution. The three-times Wooden Spoon winners have seen their defense breached in 5 of their previous 6 games, giving up 14 goals on the way.

After losing 3 away league games in a row, Red Bulls finally secured an away win last time out to Sporting Kansas City. They are currently the best away side in MLS so far, unbeaten in 7 out of the 10 away league fixtures played.

Meanwhile, Cincinnati remain unbeaten in their last 2 home matches. But they have lost half of their home games in MLS this season. They even lost their last h2h at home by 1 goal to nil.

We therefore feel that an away win or draw seems to be the likeliest outcome.