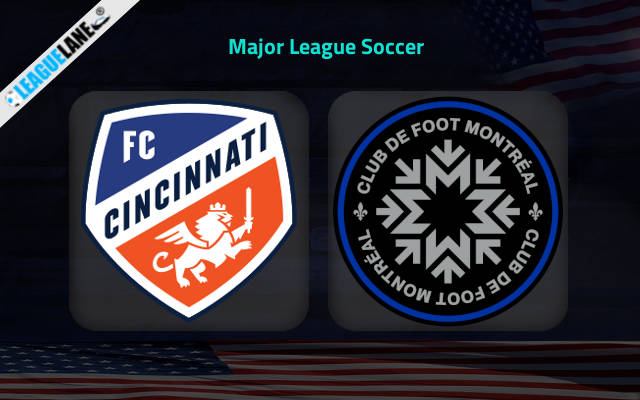 Cincinnati and Montreal go face to face in Cincinnati’s home ground on Saturday.

Cincinnati played their last match against Charlotte. Cincinnati couldn’t get past the opposition defence in the match, while Charlotte netted twice in the match. The match ended with 2-0 FT score.

Cincinnati’s loss in the last match ended the team’s two-game win streak. The western conference team has played five matches so far and has got two wins and three losses. Cincinnati had finished at the bottom of the table last year and had lost in more matches than both their wins and draws combined.

Montreal has started this season a bit rusty. They have not won in a single match so far, earning a cold streak. The eastern conference team had ended in the bottom half of the league table last season. Continuing with this performance will result in the team having the same fate as last year.

Montreal played their last match against Atlanta United. Montreal’s hopes for a win were crushed by two back-to-back goals by Atlanta, which levelled the scoreboard. The match ended with 3-3 FT score.

Cincinnati’s first win this season ended the team’s 14-game winless streak. The streak of losses by the end of the last season had put them at the bottom of the table. The team’s two wins at the start of the season itself is a good sign. Montreal has had a rough start to their season. They have not won in a single match this season so far.

Cincinnati’s have not achieved the results the team had hoped for. From the last ten home matches, they have only two wins and the remaining has ended in loss. Montreal’s road trips have had a similar effect. The team has not won in the last seven of their away matches.

I believe the match will end in a win for Cincinnati as they are the better team of the two. Montreal has scored in most of their matches even if they have achieved no wins. So, we can expect both teams to contribute to the scoreboard.