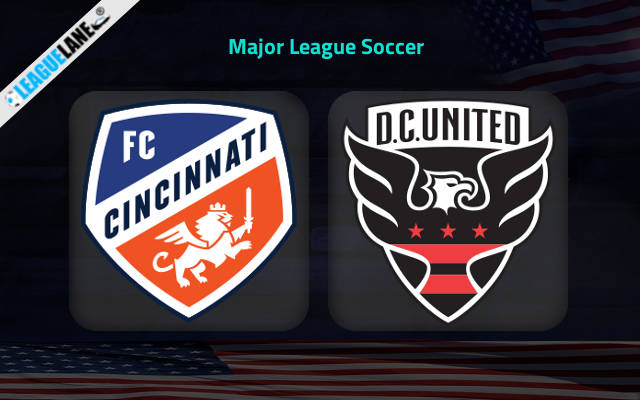 Cincinnati have been the absolute worst team in the whole of the MLS for quite some time now. They were placed bottom-most in the Eastern Conference, and in the overall table as well.

In fact, they would have needed a surplus of nine points to climb a single spot in the aggregate table, and all through the campaign they could post just 20 points against their name.

Meanwhile, DC had narrowly missed out on a spot in the playoffs in the East. They were one of the best offenses in the conference, and they have also started out their new campaign on a good note.

On top of that, they have a good h2h record against this rival as well.

For the reasons, expect a win for DC this weekend at the TQL Stadium.

Cincinnati began their new season on a disastrous note. They were on the road, and lost 5-0 against Austin in their opener.

They are also on a 13-game losing streak, and had lost 16 of their past 17 fixtures too. In fact, in the past eight-month period, they had recorded a total of one win.

On the other hand, DC registered a 3-0 win at home the past game week in the MLS, and they had also won three of their past four match-ups.

Going on, they had recorded a 1-3 win in their latest road trip (against Toronto), and most importantly, they have a great h2h record against this rival.

For these reasons, expect a win for DC this weekend.

Tips for Cincinnati vs DC United