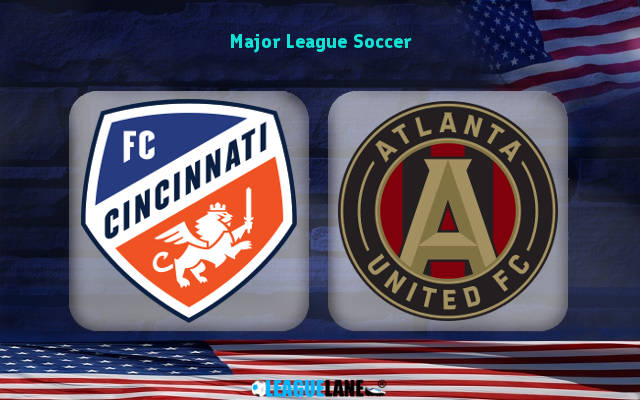 Cincinnati were the worst team in the competition the last season, and they have been so for the past few years. Meanwhile, Atlanta too have not been that great lately. And thus the expectation is that goals will come in plenty this Thursday. Still, the edge goes to Atlanta.

As of now, Cincinnati are placed 11th in a table of 14 in the East, and only one other squad had conceded more goals than them so far this campaign. Going on, they are also on a long losing run at home, and also have a poor h2h record against this rival.

In the meantime, Atlanta are on a poor spell of games – be it at home or on the road. Their only confidence coming into this fixture is that – they have a better defense than their counterparts, and their h2h superiority.

Likely, expect a tough win for Atlanta this Thursday.

Cincinnati were winless in 30 of their past 36 overall fixtures, and they are on a nine-game winless streak at home – of which eight were losses. Note that they had let in two or more goals in five of their past six home games.

On the other hand, their counterparts have a great h2h record against this foe, and especially so at this stadium. For the reason, Atlanta are expected to emerge victorious this Thursday.

However, their defense has not been exemplary this season, and as such, a clean sheet might be a bit too much to expect.