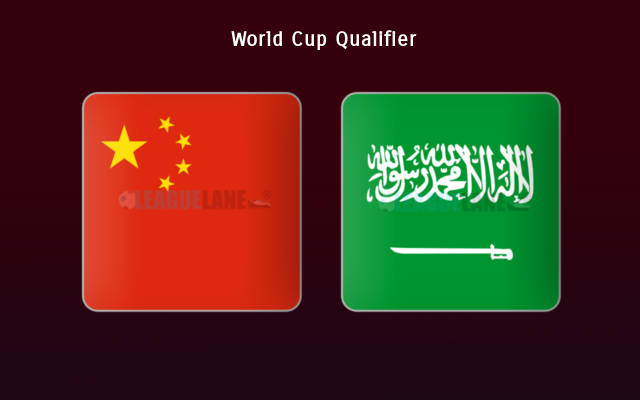 Saudi Arabia lost their first game in the Group previously, ending their 7 game unbeaten run in this edition’s Asian WC Qualification. They are holding the zone for promotion to Qatar World Cup 2022 with a point lead from Japan who are up on their tail. China is currently second from the bottom, after losing back to back games. It has been 6 games since they have last seen a victory in Group B. The Falcons will be aiming to return to their winning ways as they host the Chinese squad at Sharjah Stadium this Thursday.

Saudi Arabia is at top flight in Group B with 19 points from 8 games. They won 6 times while drawing and losing one time each. They have scored 10 goals in total while conceding a sum of only 5 which shows their defensive structure.

The Falcons lost the last fixture to Japan by 0-2 ending their scope for third consecutive win. They have scored in 12 matches on the bounce at this level, but their only clean sheet during this sequence came in a 1-0 home success.

China resides at the 5th position on the table with only 5 points. Of the 8 matches played, they won only once while drawing twice and losing on 5 other occasions.

The Dragons’s team lost the last two fixtures against Japan and Vietnam. They have been scored against on all of their last 5 games, conceding 10 goals in total while ,managing to score only 5 times form the same.

We feel that win for Saudi Arabia is up for cards as they come into this fixture with a loss and hopes to extend their lead at the top by going on full thrust this Thursday.