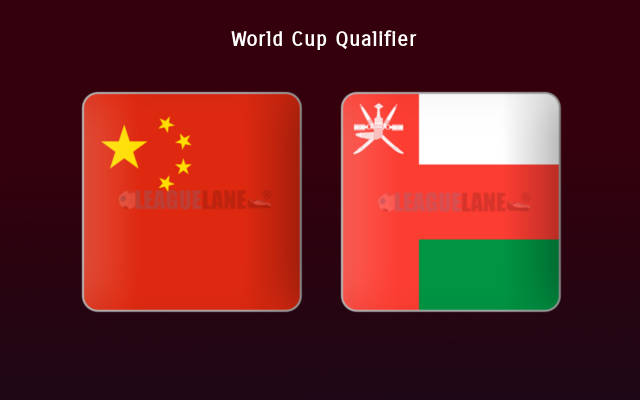 Both Oman and China need this win this Thursday if they are to be in the race for a WC ticket – especially with Saudi Arabia and Australia running away with the top-two spots. Likely, expect a fierce encounter, and thus goals from either side of the pitch as well.

The Chinese lost 3-2 on the road the last match-day, against Saudi Arabia, while Oman recorded a 3-1 win at home against Vietnam.

As of now, Oman are placed third in the table with six points, while China are in possession of the fifth spot with three points against their name.

The top two positions are taken by Saudi Arabia and Australia respectively, and have 12 points and 9 points each.

As is known, the top two teams progress to the World Cup Finals in Qatar, while the third-placed team will have to go through the Fourth and Fifth Round of Qualification.

For the reasons, both Oman as well as China are in desperate need of points, and a loss this Thursday could really hurt their chances.

At the same time, since the top two teams are taking on each other this same match-day, a win at the Sharjah Stadium will have huge benefits.

So far, these two teams have not been able to find their form in this Third Round. However, in earlier rounds they got through opponents in spectacular fashion, and had slotted in goals in plenty.

In fact, the Chinese had won six of their past nine overall games, and in the process they had even gone on a five-match winning streak.

On the other hand, Oman had won eight of their past ten match-ups, and they had found the back of the net twice or more in seven of the former ten games.

Taking into account these observations, as well as past h2h stats, expect a goal-fest this Thursday.