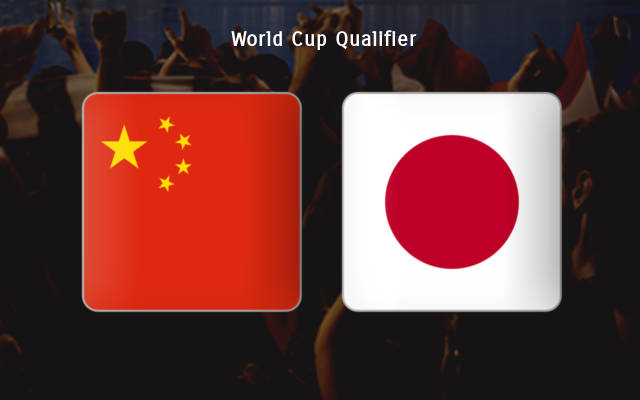 The Japanese are possibly the best team in Group B, but they have begun their third round of Qualifiers on a poor note. And this will make them extra dangerous against the struggling Chinese – who already have a worrying h2h record over the years.

As of now, Japan are ranked 24th in the world, and they had progressed to this current qualifying stage with a phenomenal showing in the second round.

Not only were they champions of Group F, but they had a 100% winning record, and had a combined scorecard of 46-2 from their total eight match-ups.

In fact, no single other team had scored more than 34 goals in the entire Second Round of Asian Qualifiers.

In the meantime, China were runners-up of Group A, and importantly, they have an inferior h2h record against this foe over the years.

By the looks of things, expect a win for Japan this Tuesday at the Khalifa International Stadium.

The Chinese lost 3-0 on the road the last match-day, against Australia. In the meantime, Japan had lost 0-1 at home against Oman.

Going on, China were winless in five of their past ten overall games, and four of these were losses.

On the other hand, their counterparts had won eight of their preceding ten overall fixtures, and they had scored a total of 34 goals from their past six games alone.

Moreover, they also had a rather good showing at the 2019 Copa America as an invited team, and in the 2018 World Cup, they had a superb campaign, where they bowed out of the Round of 16 against Belgium, as a result of an injury-time winner.

By all means, the Japanese are far more experienced and talented than the Chinese, and surely have the edge this Tuesday to secure a win.