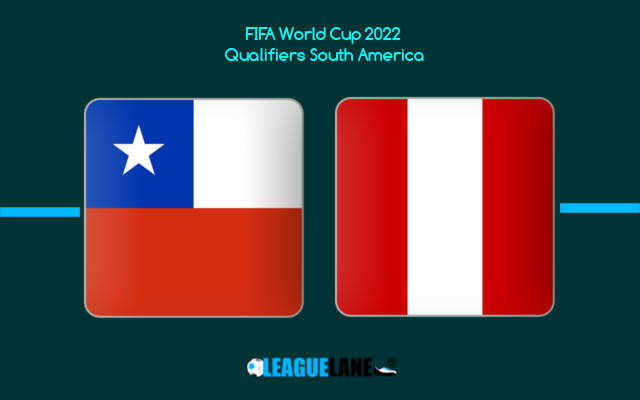 Chile were extremely unlucky in the opening two games of World Cup South America qualifiers, conceding late goals both against Uruguay and Colombia.

They have collected only one point so far, being already behind the top spots so upcoming home clash against Peru is of huge importance.

Visitors are also stuck in the lower part of the table after a draw against Paraguay and loss to Brazil.

All in all, we should witness an exciting duel. Chile are the favorites judging by the 1.83 odds offered on home victory.

These two teams have met 20 times in the past so far, and stats are going in favour of Chile who are having a 13-6 lead in terms of victories.

Their stats when playing at home venue against Peru are stunning; nine victories, one draw and one loss. Chileans scored 23 goals in those nine matches.

Nine out of the last ten head to head encounters have ended with three goals total or more.

Coach Reinaldo Rueda was furious after watching his squad spill four points for two games in a row. First, they were defeated on the road to Uruguay 1-2, conceding the second goal in 90th minute. Later on, Chile had the lead against Colombia all until the 92nd minute when Radamel Falcao scored the equalizer.

Alexis Sanchez scored two goals in this qualifying campaign so far, while Arturo Vidal added one to his name. These two players are the key for team’s success, so Peru should pay extra attention to this duo if they want to avoid defeat in Santiago. Three days after this match Chile will face Venezuela.

Overall, this is looking as a solid opportunity to collect six points and get back into the race. Peruvians are known for poor performances away from home, so we see no other option but to back home win here.