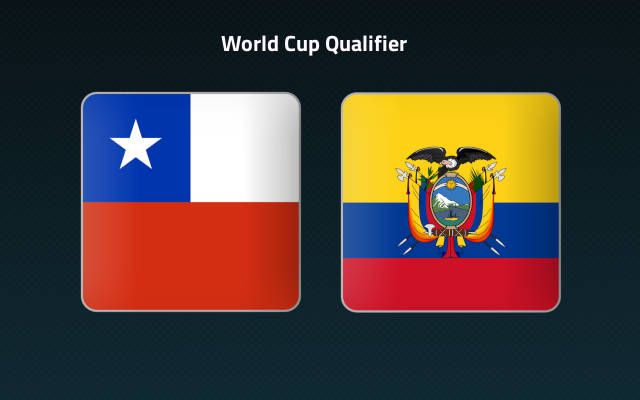 Chile have tightened things up defensively in the recent outings. Considering Ecuador’s poor away form in this qualifying campaign, we would not be surprised to see the hosts keeping the fourth consecutive clean sheet on Tuesday.

We expect a real buzz in Santiago de Chile on Tuesday evening when Chile host Ecuador in a super-exciting six-pointer in the South American World Cup Qualification campaign.

This is the clash between the third and the fourth placed teams in the table. Ecuador are in a better situation being four points above the rivals but they do have a very tough schedule in the remaining four games after this one.

Chile also have a tricky schedule with the clashes against both Brazil and Argentina remaining. They are currently lock on points with Colombia and Uruguay right on the fourth place (the last automatic ticket for the World Cup).

Chile will enter this match in the highest of spirits, though. They have rescued the entire qualifying campaign with a run of three successive clean-sheet wins. The latest came five days ago away at Paraguay as an own goal made the difference for the Chileans in a super-important clash against direct rivals.

Ecuador, on the other side, clinched a narrow 1-0 victory over the rock-bottomed Venezuela on the same day. However, the team led by Gustavo Alfaro clearly have big problems to translate their fine home displays on travels.

Ecuador have a dreadful away record of one win, one draw, and four losses in six qualifiers on the road.

Tips for Chile vs Ecuador