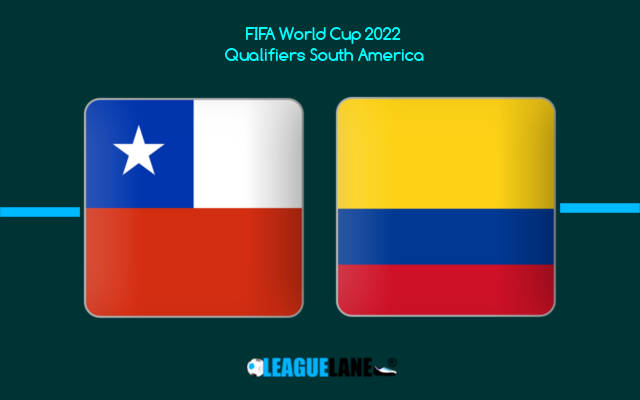 Wounded Chile will be looking to comeback after a defeat to Uruguay and win some points against Colombia, who are one of the strongest teams in the region.

Fight for top five positions in South America is definitely going to be super-interesting in upcoming months.

Colombians have opened the campaign in dominant fashion with a win against Venezuela.

Bookies have given them a small advantage going into this clash as well, currently being priced at 2.50 odds.

The last three head to head meetings between these opponents ended without goals. As the matter of fact, five out of the last six duels ended Under 2.5 FT, which might be useful info for the goals market.

There was total of 17 matches in the past and Chile have minimal 6-5 lead in terms of victories. They have lost almost half of games played in Santiago so far though.

Chile had a decent performance on Saturday night in Montevideo, but still lost that match 1-2 to Uruguay. They lost a point in the 93rd minute.

Draw would be a fair outcome judging by the stats. Alexis Sanchez is still one of the best players for this team despite not so great form and age, being the only goal scorer in abovementioned match.

Chile had a lot of problems in attempts to keep clean sheet in 2019. Even Honduras scored twice against them, so overall things are not looking so bright.

The first competitive match in 2020 against Venezuela was flawless. Attacking trio Lucas Muriel, Daniel Zapata and James Rodriguez was unstoppable, scoring three goals in the first half and securing the points.

We are predicting a similar scenario against Chile too. Away win is a value bet that should not be ignored.