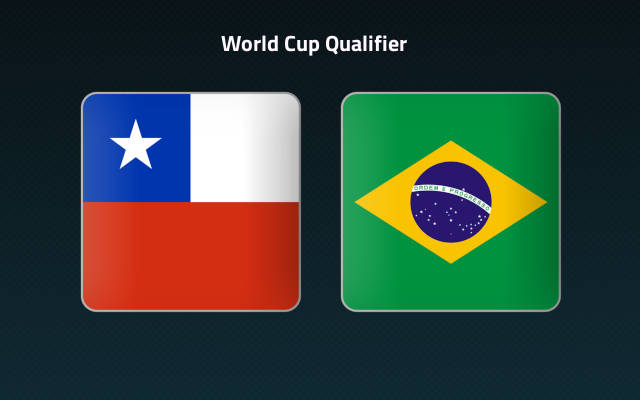 Chile host Brazil in the derby of the Matchday No 7 in South American World Cup Qualifications on Thursday evening at Estadio Monumental David Arellano.

Brazil will be looking to maintain the perfect record en route to the Qatar 2022 World Cup having won each of the previous six games in South American World Cup Qualifications.

Selecao have been by far the strongest team on the continent ever since Tite took charge at the helm back in 2016.

The Brazilians are super tough to break down under Tite. They thus conceded only two goals (16-2 goal difference) in six World Cup qualifiers going into this 7th-round tie with Chile.

Moving forward, they reached another Copa America final this summer, but were unfortunate to lose it to bitter rivals Argentina 0-1 at the end.

Brazil do not necessarily shine in the final third under Tite and we have reasons to doubt their strong attacking showing here against Chile.

Tite will not be able to count on services of important English Premier League players like Gabriel Jesus, Roberto Firmino, Richarlison, Raphinha, Fred, or Fabinho, while Barcelona’s Philippe Coutinho is not available either.

The attacking line thus fully relies on Neymar. Knowing that the Brazilians scored only three goals in the last four matches at Copa America (one of those was a 1-0 victory over Chile), we would not be surprised to see the hosts keeping a clean sheet on Thursday.

Brazil have been the dominant force in the history of this matchup, winning 19, drawing 3, and losing only 2 of the last 24 meetings with Chile.

The two sides locked horns in the Copa America quarterfinal this summer when the Brazilians celebrated a narrow 1-0 victory, courtesy of a goal from Lucas Paqueta.

None of the last four head to head meetings between the two outfits saw goals scored at both ends.

This is a very important match for Chile who are desperate not to miss out on the World Cup Finals for the second time in a row. The Chileans won only one of six qualifiers in the Qatar 2022 mission.

Such a start, combined with a dismal set of displays at Copa America, forced the managerial change as Uruguayan manager Martin Lasarte is set to make his official debut at the Chilean helm here against Brazil. We expect a tight game with very few goal-scoring chances.