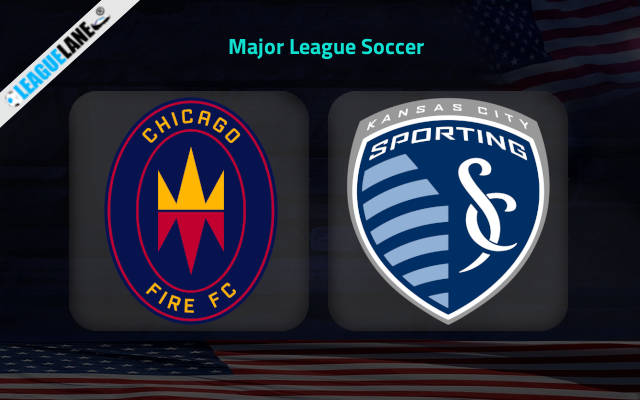 Three games have been already played by all teams in MLS and for their next match Chicago Fire faces Sporting KC on Saturday at Chicago.

Chicago Fire has got their first win of the season after their last match against DC United. Chicago Fire scored two goals in the match and defended their post well from the opposition, stooping United from scoring a goal. The match ended with 0-2 FT score.

Chicago Fire had achieved draws in the first two matches. However, no goals were scored in the matches, making the goals in the last match their first goals. From the three matches, the team has earned five points.

Sporting KC has lost in their latest match against Colorado Rapids. Sporting failed to score a single goal in the match while Colorado scored two goals, ending the match with 2-0 FT score.

Looking at the past matches, Sporting has got one win and two losses, earning them three points from the matches. The western conference team had finished as third in the last match and can turn their tides at any time.

Chicago Fire is unbeaten in their matches this season. The team will use the momentum they have to their advantage to secure a win in this match as well. Sporting has only got one win so far in their matches. But they are a team who can get back in form at any time to earn wins.

Chicago Fire has played only one match in their home ground, which had ended in goalless draw. Sporting has played two away matches already, but both have ended in loss for the team.

Chicago’s advantage of playing in their home ground gives them a good chance to win in the match than Sporting. However, both teams have started their scoring in their matches and can be expected to score in this match as well.