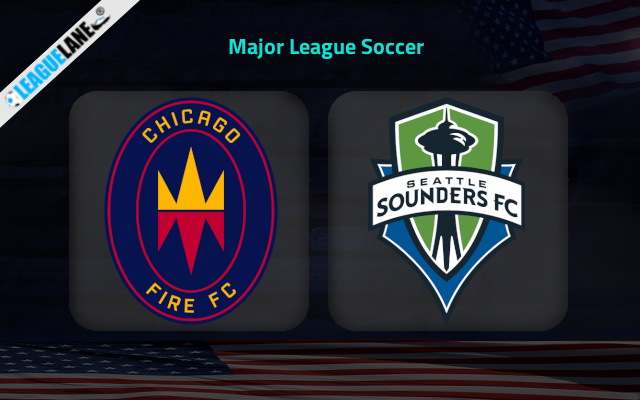 Chicago Fire had an impressive start to this season. They recorded five unbeaten recordings to start the season but failed to maintain it further. However, they are currently having a winless form in the league. Also, they are the bottom of the Eastern Conference table with a total of 17 points.

Meanwhile, Seattle Sounders had an average start to this season. Their recordings in the first five fixtures were mostly winless and were outside the safe zone of the Western Conference table. However, they have gained the much needed momentum and have climbed up to the 8th spot at present.

We can see Chicago Fire recording a 2-3 defeat against Columbus Crew at home in their most recent league fixture to wove a thread of two consecutive winless games in a row. They will be desperate to end this often recording of negative displays.

However, they were on the back of a couple of wins at home before recording the most recent defeat here. They will be hoping to return back to the winning ways here by sealing a three pointer.

On the other side, Seattle Sounders recorded a 0-3 defeat at home against Portland Timbers in their most recent league fixture. It was their third winless recording in the past five league fixtures. They are currently on the right track to secure their spot inside the safe zone.

On top of that, their inconsistent form on road at present is forcing us to back the home outfit Chicago Fire to seal a win from this fixture. We also back the
Both teams to score option considering the head to head tradition between these two outfits.