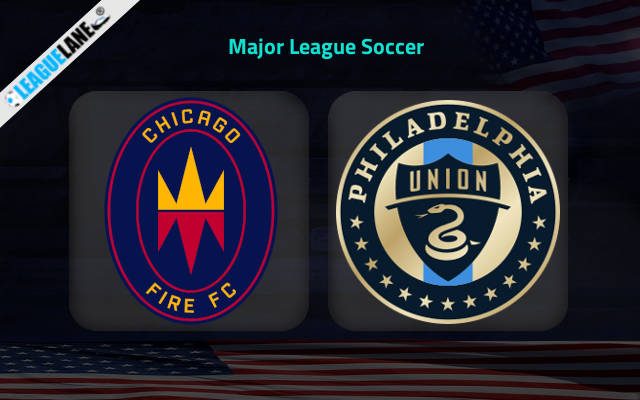 Philadelphia have been the best team in the conference so far and they are placed deservedly at the top of the table. They have lost just once all through the campaign and it also needs to be mentioned that they are one of the only 2 teams to have remained unbeaten in the past 5 fixtures.

They have also conceded the least number of goals of all the teams in the East, and as expected they have also posted an impressive number of clean sheets along the way.

Meanwhile, Chicago are placed dead-last in the East and they have scored the least number of goals in the conference too. They have managed to win just 3 times all through the campaign and all along they have let in goals in huge numbers as well.

Finally, they also have a poor head-to-head record against this rival over the years. And considering all these observations expect Philadelphia to post the three points on the board.

Chicago were winless in 12 of their past 13 overall fixtures, and in the process they had even gone on a 5-game losing streak. They had also remained winless in 5 of their last 6 appearances at home and 3 of these were losses as well.

On the other hand, their counterparts Philadelphia were unbeaten in 24 of the previous 27 overall matches, and they had remained so in 11 of their past 13 road trips too.

Considering these observations anticipate a victory for Philadelphia this Thursday.