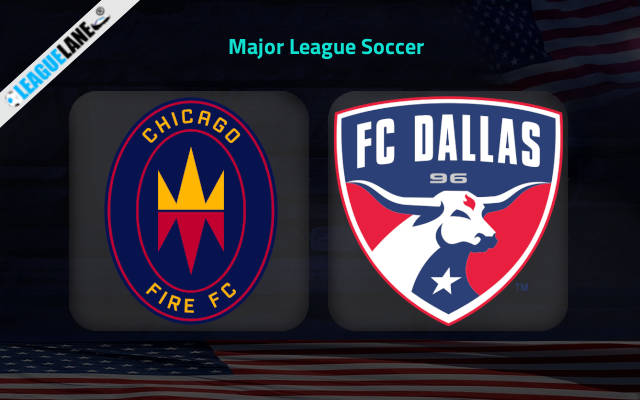 Chicago Fire is all set to face FC Dallas in their home ground on Saturday.

The eastern conference team, Chicago Fire, has started the season well. They are unbeaten in their matches this season, which has placed them in the 4th position on the table. Chicago had not played well in their matches last season. They will hope to keep their form this season and stay in the upper half of the table.

Chicago Fire played their last match against Sporting KC. The team took the lead in the match in the first half and kept adding to the lead. By the end of the 90 minutes, Chicago had scored three goals while Sporting could score only one.

FC Dallas had ended at the bottom half of the Western Conference table last year. The team has started well this year. They have got two wins, one draw and one loss so far. Their last two matches have ended in a win for the team. Their first win of the season was secured against Nashville SC. The match ended with 2-0 FT score.

Dallas played their last match against Portland Timbers. Dallas scored three back-to-back goals in the first half and gained the lead. They added to their lead in the second half as well. Portland could score only one goal in the match, ending the match with 4-1 FT score.

Chicago Fire and FC Dallas have played similarly in their recent matches. Both teams had a difficult season last year, being placed at the bottom of their respective tables. However, this year, the team has started well. Chicago and Dallas have won in their last two matches.

Chicago Fire has the advantage of playing in their home ground. The team has continued with their winning mentality in the home ground this season. They are unbeaten in the last five matches. Dallas, on the other hand, has not produced the best results in their away matches. They are winless in the last seven of their road trips.

I believe the match will end in a win for Chicago Fire. Both teams have scored over 1.5 goals in their recent matches. So we can expect this match to end with over 2.5 goals.