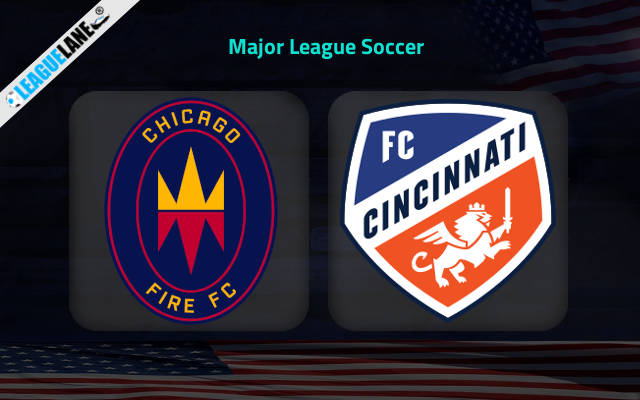 Soldier Field at Chicago will witness the clash between the bottom dwellers of MLS 2021 this season as the table stands now. Chicago Fire at the second to the last position will be the ones to host FC Cincinnati from the ultimate bottom of the Eastern Conference.

Chicago Fire has one win from their eight appearances so far this season. The host will come into the game on the back of a double loss in the campaign, following a 2-0 loss on the road against Columbus Crew last time out in their schedule.

In the meantime, FC Cincinnati is also in a similar four-point situation with a game in hand but fell behind in the goal difference in the league. They will visit after a double loss in their schedule, including a 0-2 loss at home against Colorado Rapids in the previous encounter.

The teams haven’t met often but their last two meetings at this venue have produced over 2.5 goals in each game. This opens doors for a chance of a high-scoring affair at Chicago on Thursday.

Since the teams have involved more in draws than straight wins, it will be an open game here at Soldier Field in the MLS. The host enjoys the ground advantage which gives a slight edge over Cincinnati.

Hence, expect Chicago Fire to break their losing streak in the campaign this term.