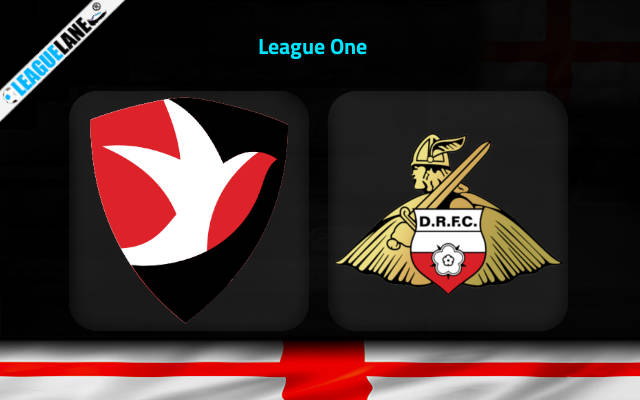 Game week 37 of League One brings us the match between Cheltenham and Doncaster Rovers on Saturday at Cheltenham.

Crewe Alexandra’s last-minute goal in their match against Cheltenham ended the hopes of a draw for Cheltenham. They couldn’t score any goal after Crewe, ending the game in a loss for Cheltenham with 1-2 FT score.

Doncaster Rovers came back from behind Wimbledon to level the scoreboard in their last match. The match ended in a draw with 2-2 FT score.

Cheltenham’s undefeated streak of six games came to an end with their loss in the last match. The team. The team still sits in the bottom half of the league table in the 15th position. They have earned 41 points from their matches as well.

Doncaster Rovers have played poorly in their matches. They have lost in greater number of matches than both their wins and draws combined putting them at the relegation zone. They are second from the bottom of the table with only 29 points from their matches.

Cheltenham has been inconsistent with their form throughout the season which has affected their standing at the group table. They have been unable to climb to the top half of the table because of their inconsistency.

The host has drawn in almost half the matches the team has played as well. Looking at the home matches, the team has achieved some mixed results from the matches. They will look to make up for the loss in the last home match, which put an end to the team’s unbeaten streak.

Rovers have not had been on their best performance in this season. They have lost in more than half the number of matches the team has played so far. Their recent away matches have shown the team win in three of the last five matches. However, these are the only wins the team has had in their away matches.

So, the match is most likely to end in a win for Cheltenham Town. Both teams have scored in their recent matches, making it more probable for the match to end with over 2.5 goals.