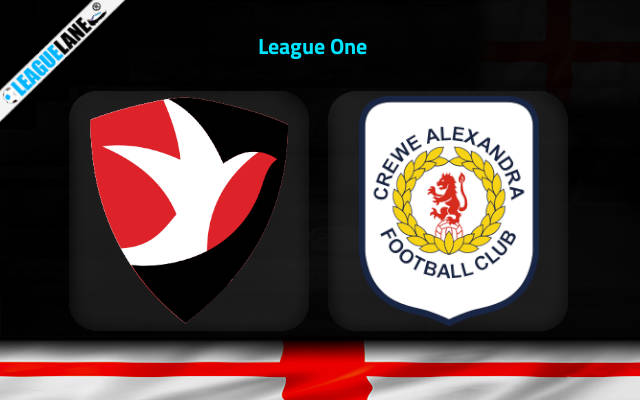 Cheltenham would be undefeated in over two months, as they head into this weekend’s fixture. However, they still have not been able to break into the top half of the league, thanks to the record fourteen draws they have registered throughout the course of the season.

They were last seen in a scoreless game away from home against Ipswich Town. This marked their 3rd draw in five league matches.

Further managing a couple of wins from those games, the club is now 15th in the league, eleven points clear of the relegation zone.

It looks like Crewe’s time in the 3rd flight of England will come to an end with this season following a two year long stint. The team has struggled throughout the season but their nine losses already in 2022 have signalled an end to their League One status.

In their most recent fixture, they suffered a narrow 0-1 loss at home against 4th place side Oxford United. The result marked their 7th consecutive loss.

With just four points in 2022 through ten league matches, the team is rock bottom of the league, ten points behind safety.

The hosts are undefeated in their last five home games. Moreover, with convincing results in the preceding two matches, they should win the contest with ease considering their opponents have lost all but one of their last eleven league matches on the road.

The Robins have scored five goals within the first half in their last five home league matches, while their opponents have scored just two goals in the entirety of the last five away matches.  Hence, I have backed them to lead at the end of both halves.