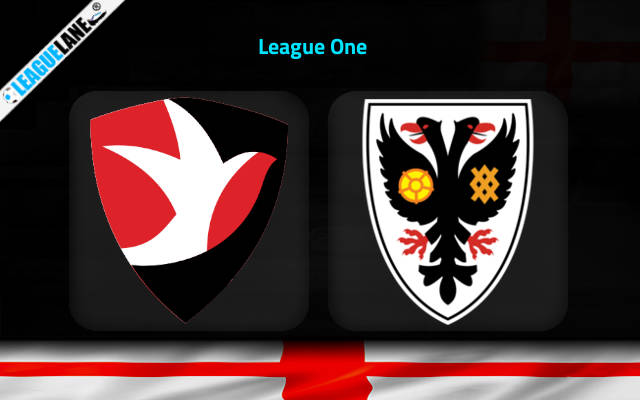 AFC Wimbledon are now without a league win in their last 18 games. It’s the longest winless run in League One since Colchester went 19 games as of February 2016. They come into this on the back of a 3-game losing streak with level on points from the relegation sides. Cheltenham have won two of their last three league games, as many as in their previous 16 games but are highly inconsistent. Hoping for a home win, The Robins welcome the Wombles at Whaddon Road this weekend to take advantage of their current under-performance.

The Robins are at the 13th spot on the standing with 47 points from 37 games. They won 11 times in the league while drawing on 14 and losing on 12 other occasions. They scored only 52 goals in total while conceding a sum of 60 showing that they tend to concede more often.

Cheltenham Town will be looking for another win after a 1-3 League One victory over Morecambe. At least three goals per game were recorded in 5 of the past 6 meetings where they have participated. The opponents scored 11 of them in these games whereas the hosts amassed a tally of 14.

On the flip side, the Wombles reside at the 20th position on the table with 33 points. Of the 37 matches played, they won only 6 times in the league while drawing on 15 and losing on 16 other occasions.

AFC Wimbledon marked their third loss in a row previously to Lincoln City by 0-2. They have failed to win on any of their four previous visits to Cheltenham in the league, marking their poor away record.

The hosts are unbeaten in the league by the Wombles in their last 3 games meanwhile AFC Wimbledon haven’t won away from home in the past 9 league fixtures. Hence, we envisage a home win to occur this weekend.