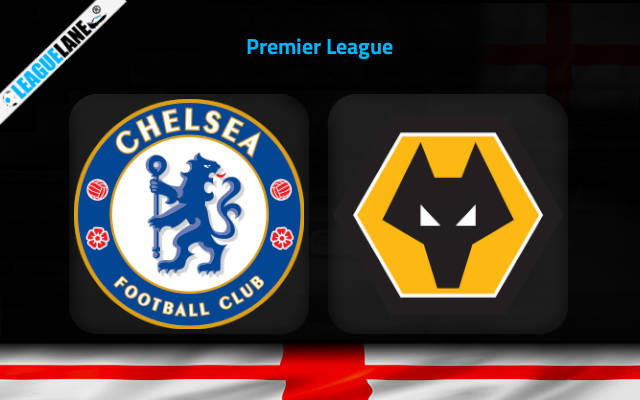 Chelsea took some time to find form in the English top flight, but as of now they are threatening to go after at least a podium finish. Meanwhile, Wolves have been one of the worst teams in the entire competition, and they are placed in the bottom tier of the table.

In fact, they are placed 18th in a table of 20 – in the clutches of the relegation zone. They won just once so far, and this sole victory came against the struggling Southampton. Moreover, they also scored the least number of goals of all the teams in the competition.

Going on, they also have a 100% winless record on the road, and barring a single draw, they have a 100% losing record. Note that they scored just one goal in total in such matches as well.

Meanwhile, in spite of all their problems, Chelsea have an unbeaten record at home. To put it precisely, they have a 100% winning record barring their draw against the in-form Tottenham.

They are also former English as well as European champions, and moreover, they have a great opportunity to climb into the top-most tier this Saturday.

They are currently placed fifth in the table, and the third-placed Tottenham are pitted against the fourth-placed Brighton. At least one of the two will drop points this weekend.

As things stand, expect a victory for the in-form Chelsea this weekend.

The Blues were unbeaten in 15 of their previous 19 overall fixtures, and in the process they went on a two-game winning streak, as well as three-match winning stretch.

Moreover, they are unbeaten at home since April, and they also won three of their past five appearances here.

On the other hand, Wolves are on a two-game losing streak, and they let in five goals in the process. Note that they failed to score in both matches. In addition, they were also winless in 10 of their past 12 overall fixtures.

Do also note that they are totally winless on the road this new season.

Considering these observations, expect a win for Chelsea this Saturday at their home.

Tips for Chelsea vs Wolves