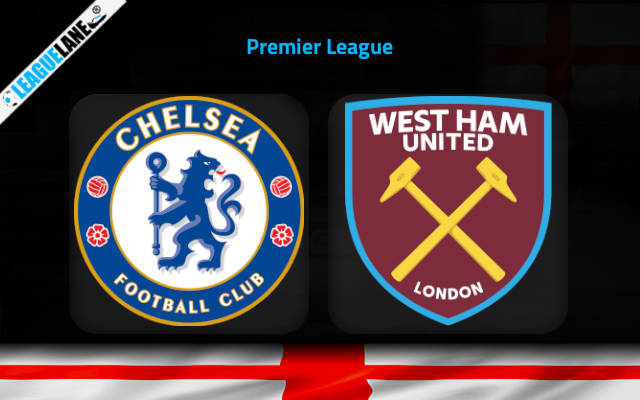 Stakes will be high for both Chelsea and West Ham head of their London derby on Saturday afternoon at Stamford Bridge.

Both outfits are going through an underwhelming start to the season and a result in their head to head clash would be of a big importance.

Chelsea won just one of the last four league games despite playing the likes of Leeds, Leicester, and Southampton in the last three along the way.

Thomas Tuchel has huge problems with injuries to his midfield core as both Mateo Kovacic and Ngolo Kante have missed the last several outings.

The lack of proper options in the defensive midfield spot has caused more issues in defense where Kalidou Koulibaly has failed to bed in at the start of the season.

Chelsea are conceding goals for fun these days. They allowed two or more in three of the last four Premier League outings.

This will be the music to the ears of David Moyes whose men have finally shown signs of life in the mid-week’s London derby against Tottenham.

West Ham could have easily snatched the late winner had Michail Antonio tapped in Jarrod Bowen’s cross on Wednesday night.

Nonetheless, even the 1-1 draw against Antonio Conte’s Spurs can be regarded as a positive result for West Ham who have been unrecognizably bad in the opening four rounds of the season.

Can they back it up on Saturday at Stamford Bridge?

Chelsea are struggling defensively these days and we should not be surprised to see the Hammers on the scoreline on Saturday.