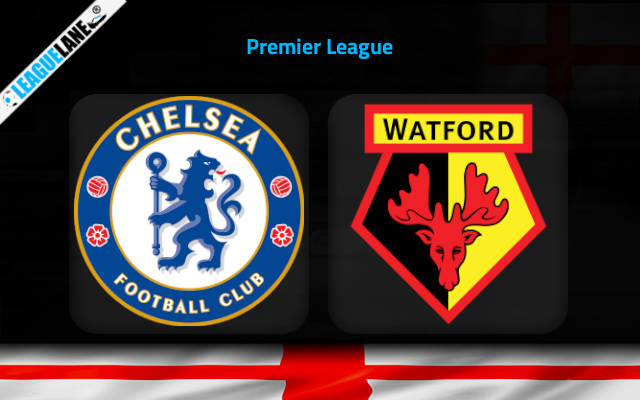 This is the match between one of the best teams in the competition and one of the absolute worst in the same league. Watford have already been relegated and it is a doubt if they will have the will to show up for this final fixture. that too on the road.

They are placed 19th in a table of 20 and all through the campaign they could manage to secure just 6 wins. They have also been offensively very weakand it needs special mentioning that only 2 other teams have considered more goals than them in the English top flight.

Meanwhile, the Blues have been the best in the English Premier League this season, barring obviously Manchester City and Liverpool. They had lifted the Champions league prior to this year but failed to retain their title this time around.

And they also will have to witness either of city or Liverpool lifting the Premier League. This is totally unacceptable for a team of the stature of the Blues.

We can count on them to give their absolute best on the pitch this coming season, and in order to do that it is important that they conclude this current campaign on good note.

Count on them to take advantage of this already-relegated opponent in front of their home crowd. Anticipate a huge win for the Blues this weekend.

The Blues registered a 0-3 win on the road last match-day against Leeds. And though they did then go on and lost FA Cup final against Liverpool, the team could really be proud of themselves for the spirit they have shown all through the campaign – which has been nothing but impressive.

On the other hand, Watford lost 1-5 at home the past game week against Leicester and they had also lost 7 of their past 8 overall fixtures. They are also a 3-game losing streak on the road and they had remained winless in 12 their past 14 road trips.

Taking into account these observations, as well as the head-to-head superiority of Chelsea over the years, expect a convincing win for them this Sunday.

Tips for Chelsea vs Watford