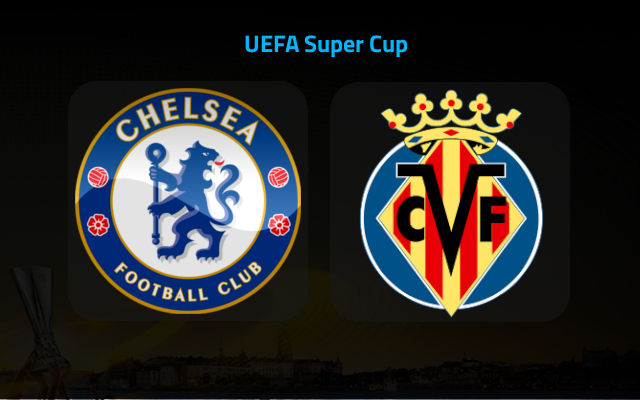 Chelsea take on Villarreal in the battle for the UEFA Super Cup trophy on Wednesday evening at Windsor Park in Belfast.

The UEFA Super Cup may not be the most coveted prize on offer, but both Chelsea and Villarreal will be looking to kick off the new season with the European silverware in their hands.

Chelsea have lost each of their last three UEFA Super Cup ties since 2012 (to Atletico Madrid, Bayern Munich, and Liverpool), conceding at least two goals in each of the defeats.

On the other side, Villarreal have only won their inaugural major European trophy last season, meaning they are about to make their UEFA Super Cup debut on Wednesday.

The Champions League winners do head into the clash as pretty clear favorites. They seem to have closed out the massive Romelu Lukaku deal as well and they will certainly be one of the main contenders for big domestic and continental trophies in the upcoming season.

However, Lukaku will almost definitely not be in the squad for this Villarreal tie.

Thomas Tuchel, who led the Blues to the Champions League glory after spending just half a season at the Stamford Bridge, will also likely be without important first-team regulars such as Cesar Azpilicueta, Thiago Silva, Jorginho, and Mason Mount.

They all featured zero minutes on the pitch during the pre-season. Speaking of the summer friendlies, Tuchel can be satisfied with his men’s form as the Blues picked up wins over Peterborough, Bournemouth, and Arsenal before drawing 2-2 to Tottenham.

The 2021 UEFA Super Cup presents the opportunity for Chelsea and Villarreal for their first ever meeting in a competitive football match.

Villarreal will not head into the match in the highest of spirits after failing to win any of their six pre-season friendlies. They conceded as many as five goals in the last two exhibition encounters against Leeds (a 2-2 draw) and Leicester City (a 3-2 loss).

Both teams leaked in way too many goals during the pre-season and we can hardly see either keeping things tight at the back here.

There is no value in backing Chelsea to win at the 1.72 odds considering the fact Tuchel will not be able to count on the services of some of his key players here.

We fancy the 3.50 odds offered for Gerard Moreno to score anytime for Villarreal here. The Spaniard led his team to their maiden UEFA Europa League trophy by bagging seven goals in the previous term of the secondary European competition.