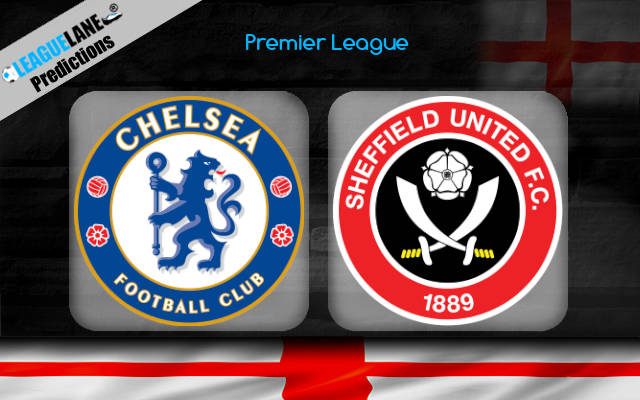 The Blues are one of the best teams in the competition, and they have transformed themselves into one of the most lethal squads in the whole of Europe with some smart transfers.

Especially the arrival of Edouard Mendy has propelled the team into one of the best defensive sides in the league, and they now are hopeful of a podium finish at the end of the season.

This week, they have a great opportunity to post a thumping win, and increase their confidence manifold. The reason being, they are at home, and are taking on one of the worst sides in the tournament.

Not only have the Blades not won a game so far, but they have also scored a total of just three goals all through this campaign.

And on top of all that, they also do have a good h2h record over the years.

Likely, expect Chelsea to post a convincing win this Saturday at the Stamford Bridge.

The Blues recorded a 0-3 win on the road the last match-day, against Burnley. In the meantime, Chris Wilder’s men lost 0-1 at home the past game week, against Manchester City.

Going on, Lampard’s men are on a three-game winning run (with a combined scorecard of 10-0), and they also are on a ten-match unbeaten run. Impressively, they have not conceded a single goal in their last five fixtures.

On the other hand, the Blades are on an 11-match winless run, and of these, 10 were losses. On the road, they are on a six-fixture losing run, and an 11-game winless streak.

Furthermore, the Blues are determined to make a foray into the top-most tier, and they are desperate to post the three points on the board. We can surely count on them to give maximum effort this weekend at home, and secure an easy win against one of the worst teams in the PL.