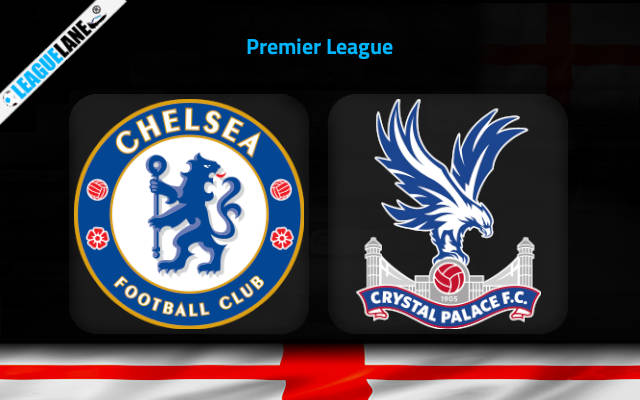 Chelsea vs Crystal Palace Predictions and Free Tips from our expert tipsters when the teams go head-to-head in English Premier League on Sunday, 15 January 2023.

Chelsea are in deep trouble at the moment. They need to turn around their campaign at the latest, or they might see themselves with no European football for 2023-24.

Meanwhile, Crystal Palace are going through a rather poor stretch of performances at the moment. They are letting in goals in huge numbers, and most importantly, they have an inferior h2h record against this opponent over the years.

The latest encounter between the two took place just three months back, and then the Blues recorded a 1-2 win on the road. They are also on an impressive 11-fixture winning streak, and scored two or more goals in nine of these encounters.

Who will win the match between Chelsea and Crystal Palace?

After recording 11 straight wins in h2h clashes, Chelsea for sure will be the favorites this weekend. And they really are in search for a win too. This upcoming fixture could be the one that turns around their fortunes.

After all, Palace have a 100% winless record on the road this season – barring their victories against the 16th placed Bournemouth, and the 17th placed West Ham.

Defense has not been an area where either team has excelled lately. The Blues just lost a fixture against Manchester City, by conceding four goals. They also have a single clean sheet from their last 11 match-ups.

On the other hand, Palace conceded two or more goals in five of their past seven fixtures, and they let in goals in huge numbers in h2h meetings too.

Chances are high for goals to come in plenty this Sunday.

As mentioned before the backlines of either squad are struggling at the moment. Seldom have these two registered clean sheets this season.

In fact, Chelsea might have the upper hand this weekend. But their only clean sheet in the last three months came against the relegation-threatened Bournemouth.

As such, it is expected that goals will come from either end of the pitch.

The Blues have a phenomenal h2h record against this rival, and more than ever they are in desperate need of a win this Sunday.

The struggling Crystal Palace might not be able to put forth a worthy challenge. And as such, Chelsea to Win at an odd of 1.70 seems to be a great pick.

Going on though, their defense has lacked quite a bit lately. They conceded goals in huge numbers recently, and seldom kept clean sheets through this season.

It is expected that the desperate Palace will find the back of the net at least once, and the Both Teams to Score wager at an odd of 2.00 looks very promising.