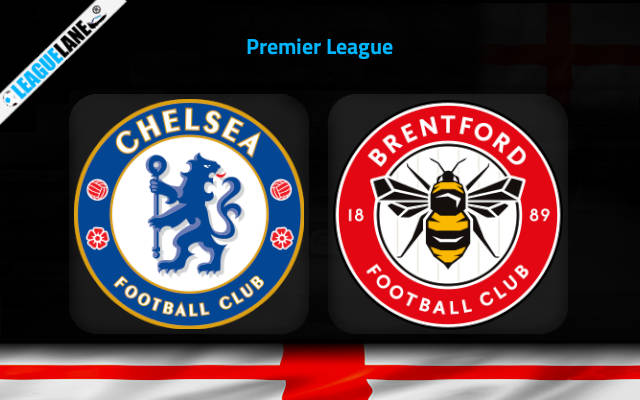 Chelsea will have a nice chance to maintain their winning streak on Saturday afternoon when they host Brentford in the 31st round of Premier League.

The Blues have won five on the trot in the league and six on the bounce in all competitions. Thomas Tuchel’s men are pushing strong on all fronts.

They eliminated French champions Lille in the last 16 round of the UEFA Champions League with home and away wins and will now face Real Madrid on Wednesday evening in the first leg of the quarterfinal tie.

Moreover, the Blues advanced to the FA Cup semifinal after beating Middlesbrough 0-2 two weeks ago at Riverside Stadium.

Tuchel mixed up his starting eleven on the occasion as Romelu Lukaku and Hakim Ziyech bagged two early goals to close the affair in the first half.

The clash with Brentford is an excellent opportunity for Chelsea to keep the winning run going. The Bees have lost six of the last seven away outings in the league.

The latest defeat came in Gameweek 30 when Brentford fell 2-1 away at Leicester City. Thomas Frank’s troops have, however, done a huge job in terms of their battle for avoiding relegation by beating Norwich City and Burnley beforehand.

They can now travel to Stamford Bridge in a small London derby without pressure, hoping to pull off an upset against the famous opponent.

Brentford have failed to find the net in two H2H clashes against the Blues this season. Chelsea conceded only one goal in the last three outings across competitions.

Home win to nil is the way to go at the odds of 1.90, while we will also back the hosts to win by two or more goals difference at the 2.05 odds.