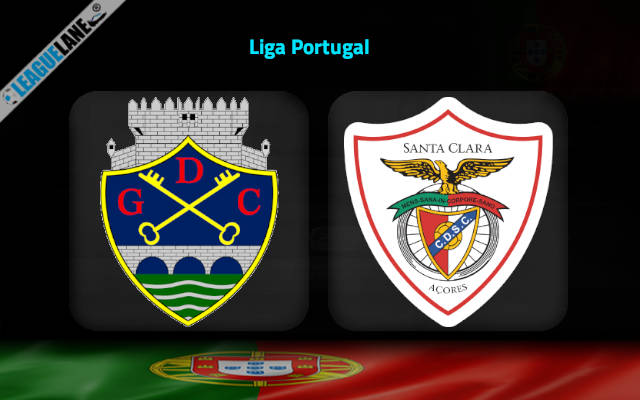 Both Chaves and Santa Clara are considered to be weak teams in the Portuguese top flight at the moment. Despite taking part in a combined 22 games so far, they could register just six wins between them. And as expected, the two let in goals in plenty all through the campaign.

As of now, Santa Clara are placed 15th in a table of 18, hanging by a thread above the relegation cut-off. Of their total two wins through the duration of the tournament, only one came in the past five match-days. And the other win came against the 17th placed Maritimo.

Meanwhile, Chaves are in possession of the 11th spot, and they have a single win to their name at home. And this sole victory came against the 16th placed Gil Vicente.

Going on, the two teams have battled several times with each other in the past, and all along they scored goals in plenty.

More of the same is expected this Monday as well at the Estadio Municipal de Chaves.

Chaves recorded a massive loss the last match-day, as they let in five unanswered goals against Benfica. They won just twice since August, and they were able to register just a single win at this ground this whole season.

Moreover, they are a team that were promoted to the top flight only at the end of the last season, and this inexperience is costing them quite a lot.

On the other hand, Santa Clara have two wins to their name since May, and one of these wins came against the relegation-threatened Maritimo. And it is also quite worrying that they have a 100% losing record on the road, barring a single fixture.

As things stand, anticipate a high-scoring affair this Monday.

Tips for Chaves vs Santa Clara