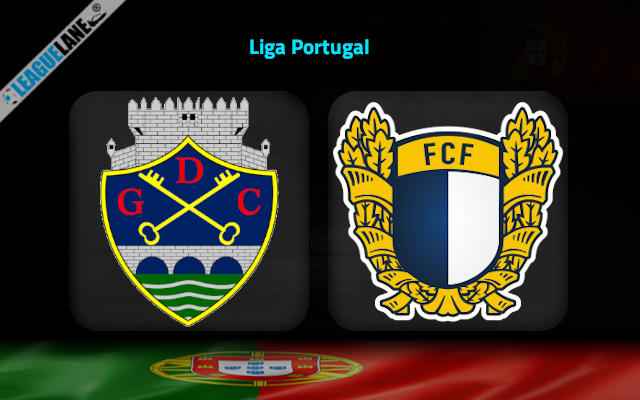 Chaves vs Famalicao Predictions and Free Tips from our expert tipsters when the teams go head-to-head in the Liga Portugal on Friday, 30 December 2022.

The recent form of Chaves helped them to climb a couple of spots in the table. They have bagged a total of 10 points from the last five league fixtures and will be hoping to claim more of those further to find a safe zone spot.

Meanwhile, Famalicao has been struggling to get well clear from the danger zone. They are currently sitting at the edge of the relegation zone and will be hoping to seal a victory to increase the gap between it.

The past two overall wins were evenly split, with one apiece to either sides. Their latest clash was in a second division fixture 6 years ago in which Famalicao sealed a 4-3 win.

Who will win the match between Chaves vs Famalicao?

Chaves currently follows a five-game unbeaten streak at home. On the other side Famalicao are yet to record a victory on the road in this season.

Moreover, Chaves have never conceded a defeat against Famalicao at home. Therefore, expect a victory for Chaves on Saturday.

Both these sides have been recording high-scoring affairs lately. Three of the last four matches played by these two teams have seen the landing of over 2.5 goals ft.

By the looks of things, we expect this match between Chaves and Famalicao at Estadio Municipal de Chaves to have over 2.5 goals ft.

Neither of these two squads are in possession of a defensive side which is capable of sealing a clean sheet at the moment.

Their recent h2h tradition also suggests a both teams scoring affair. In that case, expect goals from both ends on Saturday.

Considering all these observations, we like to back Chaves to win at 2.45 odds as the main betting option here.

For the second tip, we like to place the both teams to score bet at 1.90 odds.