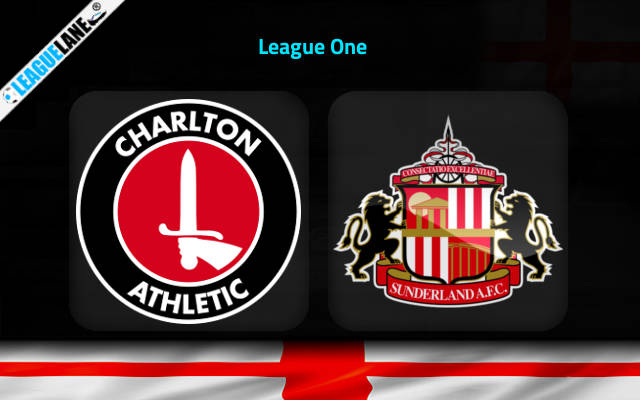 Game week 37 of League One brings us the match between Charlton Athletic and Sunderland on Saturday in London.

Charlton Athletic played against Sheffield Wednesday in their last match, in which Sheffield scored two goals, while Charlton scored none. The match ended with 2-0 FT score.

Sunderland played against Wigan Athletic in the last match. Wigan scored three goals in the match and defended their net well from Sunderland, leaving the team goalless. The match ended in a loss for Sunderland with 0-3 FT score.

Charlton Athletic has been inconsistent in their form throughout the season. The team can’t seem to keep their in-form performance. After a few good matches, the team loses their form, earning the team cold streaks. They now stand 16th on the league table with 39 points.

Charlton’s inconsistency seems to have followed them even in their home matches. The team currently is on a loss streak for the last two matches, in which they have failed to score as well. Sunderland’s away matches have mixed results to show. They have also scored in most of their away matches.