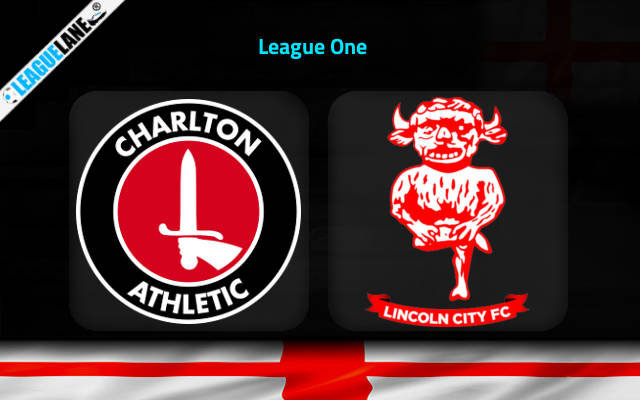 With 7 points and 3 places in the difference, The Addicks welcomes the Lincoln City for the 41st Round of League One at The Valley hoping to carry on their momentum as they are on the back of 3 consecutive league wins.

Charlton is at the 14th spot on the standing with 49 points from 39 games. They won 14 times in the league while drawing on 7 and losing on 18 other occasions. The side has won each of their last three league matches without conceding, and last time the Addicks went on a longer such run was on October 2020.

The hosts will be looking for another win after a 1-0 League One victory over Doncaster Rovers previously. A recurring characteristic of more recent Charlton Athletic games is the high number of scores with a nil in them. From their prior 6 matches leading up to this one, in as many as 5 of them a wager on both teams scoring would’ve been lost.

On the other hand, Lincoln resides at the 18th position on the table with only 42 points. Of the 39 matches played, they won 11 games while drawing on 9 and losing on 19 other occasions. Their total goals to conceding ratio stands at 43:52 showing their far from perfect defense.

The Imps lost their previous league fixture to Shrewsbury Town by 0-1. they are without a win since the last 3 league schedules and are only 9 points safe from relegation. They have won just two of their last 10 league games while failing to score in exactly half of those fixtures.

Charlton remain unbeaten at home since their last 3 league fixtures with back to back victories.

Heading into this fixture, Lincoln City haven’t won away from home in the past 2 league games. They even lost 4 of their last 5 games played on road.

By the looks of things, we feel that a home win is quite likely, as the Addicks are on a remarkable home form as of recent.