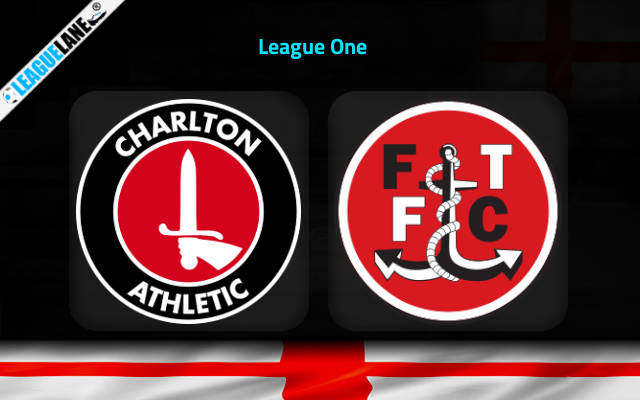 In game week 29 of League One, Fleetwood Town travels to London to face their opponents Charlton Athletic on Saturday.

Charlton Athletic is on 15th on the league table with 30 points from 26 matches. They played their last match against Cheltenham Town, which ended in a draw. The match ended with 1-1 FT score.

From the beginning of the season itself, Charlton has been unable to keep up their form in the matches. With yet another draw in the last match, their no-win streak has moved up to four matches. A 5-game unbeaten streak was broken with the loss in the last home match. This shows the team has improved their performance in their home ground.

Fleetwood stays in 19th position on the league table with 28 points from 25 matches. Their last match against Rotherham United ended in a win for Fleetwood only because of the 90’minute decider. The match ended with 1-0 FT score.

Fleetwood’s occasional wins shows that the team had found it difficult to achieve wins from the beginning of the season itself. They have tried their best to improve their form and has made progress with their form. They have won four matches from the last six games. The team has played 12 away matches so far and has only two wins to show from these matches. However, the team has scored in most of their matches without fail.

Fleetwood has played better than Charlton in their last matches, but their performance in away matches has been poor while Charlton has played well in the recent home matches. Both teams have also scored in most of their matches as well.

They are only 2-points away from each other and a win in the next match will be an advantage for the winning team. Charlton has played well in their recent home matches and will look to win in this match as well. So, I believe, Charlton will win the match and both teams will score in the match.