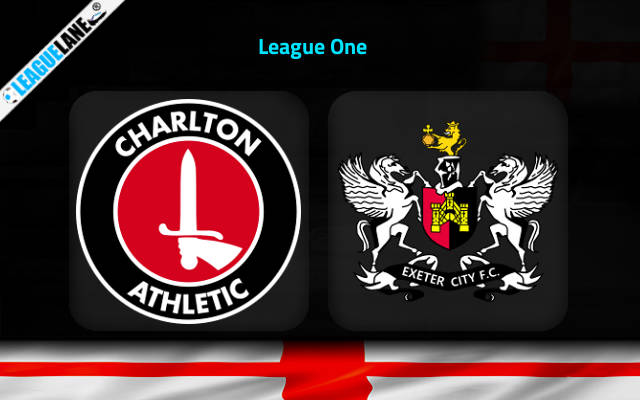 Exeter are making slow progress this season. The team under Matt Taylor is currently unbeaten in their last three outings. They will go head-to-head with Charlton at The Valley this Tuesday. Do note that nearly 60% of the host’s matches have ended in a stalemate this season.

The last time the host won a League One fixture was on the 17th of August. This is the main drawback for Ben Garner. The good thing is that most recently, the team played a goalless draw against Lincoln City.

This is their second consecutive draw; hence the team occupies the eighteenth position on the table following this result. One important thing to note is that they are the only team to have a goal difference of nil.

Following a 2-0 defeat against Burton last month the visitors have made decent progress. The team under Matt Taylor are now unbeaten in their last three games. This shows that the visitors are slowly finding their good form. Do note that most recently, they defeated Barnsley by 2-0.

Jay Stansfield scored a brace in that 2-0 win. The team is at the eighth position on the table following this result. Another trend is that the team have scored at least two goals in their last three matches.

Both sides will be meeting at The Valley after a period of eleven years. However, the winning form have faded for the host since the last seven games.

Manager Matt Taylor deserves a lot of credit for the recent resurgence the team is undergoing. However, the home team in this match holds an advantage from the previous results.

You can bet on the following, as our first prediction is that Over 1.5 goals for Charlton – the odd for this tip will be at 2.20. In two of the last three overall encounters between both clubs, the host have scored a minimum of two goals.

Also, our next tip for this game is that Charlton will keep a clean sheet – at 3.25 odd. In two of the last three matches, the host have kept a clean sheet.