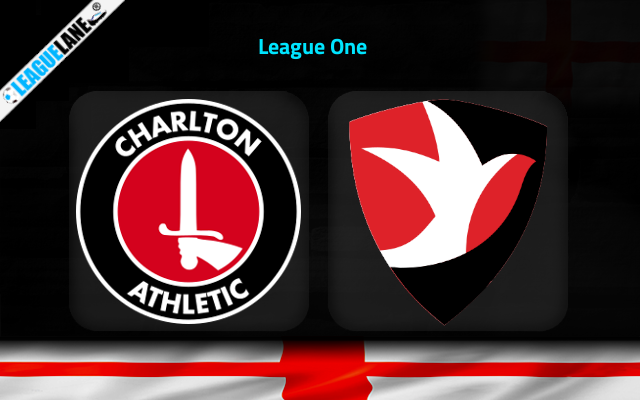 The League One fixture at The Valley on Friday will see hosts Charlton playing against Cheltenham.

Charlton and Cheltenham are the two teams that have not been able to record consistent wins since the start of the season. So both teams are currently positioned below the top half of the table.

Charlton are four spots ahead of their rivals. They are well aware of the problems of having a good attacking line but not a good defensive line. Having drawn almost half of the games played, they will have more spirits than their opponents.

It has to be said that all these draws are due to their defensive side which conceded goals in a worrying fashion. But that won’t count against Cheltenham who are struggling in both attack and defense.

Having failed to win 12 of their 18 games, the spirits will not look as much as their hosting rivals coming into this game. Moreover, they are on a five-fixture winless streak on the road lately.

Although they have scored in just two of those five games, they have a chance of scoring at least one goal in this game. However, as that one goal does not equate to multiple goals conceded on the other side, Charlton’s chances of claiming a win are unlikely to be dented.

The two have faced a total of three games before this. Charlton has a slight edge when comparing both with the current form. Home advantage will further reinforce that advantage. Because they are unbeaten in the last four overall home matches.

Having already mentioned Cheltenham’s away form earlier, we like to expect a win for Charlton for all the above reasons.

We like to place Charlton to Win & Both Teams to Score as the main bet while expecting a 2-1 score line.