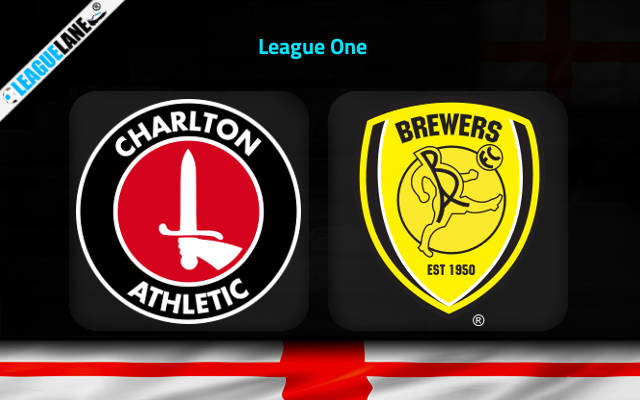 Charlton Athletic’s performance has been disappointing as of late, as they have won just once of their 8 most recent league clashes. They lost thrice from their last 5 games and are only 10 points from relegation safety. A poor streak of 19 matches in all venues where they have conceded at least 1 goal, marks Burton Albion’s recent performance. With 5 points more than the Brewers, they host them at the Valley in London for the 39th Round of League One.

Addicks are at the 16th spot on the standing with 43 points from 37 games. They won 12 times in the league while drawing on 7 and losing on 18 other occasions. They scored only 43 goals in total while conceding a sum of 49 showing their far from perfect defense.

Charlton Athletic secured a 1-0 League One victory over Gillingham the past week. They lost this exact fixture last season by 2-1, having beaten Burton in their first league game against them at The Valley on March 2019.

On the other side, the Brewers resides at the 14th position on the table with 47 points. Of the 38 matches played, they won 13 times in the league while drawing on 8 and losing on 17 other occasions.

Burton Albion go into this meeting following a 3-2 League One win over Fleetwood Town in their last outing. They have been scored against on all of their last 6 games, seeing opposing sides hit 17 goals in all.

The Brewers have lost three of their five league games against Charlton with both those wins coming within the last three meetings.

In their 18 most recent away matches in League One, Burton Albion have achieved only 3 wins. Meanwhile, the Addicks remain unbeaten in their previous 2 league matches at home. Therefore, we predict a home win to occur this weekend.