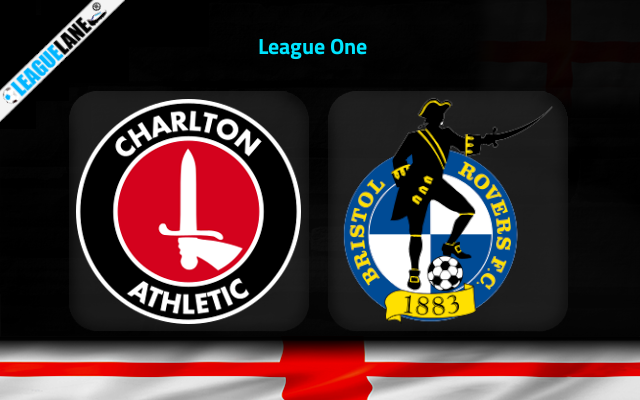 Charlton vs Bristol Rovers Predictions and Free Tips from our expert tipsters when the teams go head-to-head in the England League One on Saturday, 17 December 2022.

Charlton will head into this game with some spirits despite of their current inconsistent form. Saturday’s League One fixture is a perfect chance for them to make up for the disappointment of not being able to win in the last five games.

Meanwhile, Bristol Rovers have managed to climb into 12th spot in the table after bagging eight points from their last three league games. It is essential for them to perform without dropping points at present.

Charlton can also rely on the recent tradition since they have won the previous two encounters. Moreover, they are on a 10-game unbeaten streak against Bristol Rovers.

At this venue, Charlton is having a four-fixture winning streak against Bristol Rovers. The latest encounter at this stadium had finished in a 3-2 win for Charlton.

Who will win the match between Charlton vs Bristol Rovers?

Charlton will head into this fixture unbeaten in 8 of the last 10 home fixtures. On the other side, Bristol Rovers are on a three-fixture winless streak on the road.

On top of that, Charlton have a strong head to head from against Bristol Rovers. Therefore, we expect a victory for the home side Charlton.

Affairs including Bristol Rovers have generally been high-scoring affairs. Their weak attacking side is the main reason for that.

However, either sides are in possession of a strong attacking line. Therefore, expect goals over 2.5 ft in this match.

Charlton have allowed goals in all their last six home fixtures. Since the defensive line of Bristol Rovers is having a weak form, expect goals from both ends.

Taking into account these observations, we like to place Charlton to win at 2.00 odds as the main bet for this one.

For the second bet, we like to place the both teams to score option at 1.75 odds considering the defenses of both.