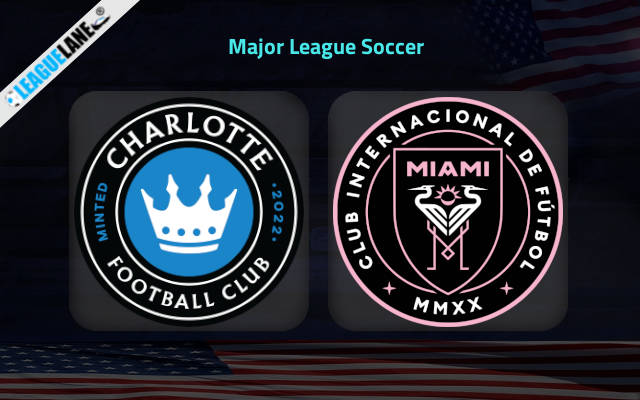 Both teams lost the previous league fixture and are level on points to one other. Hoping to get back to winning ways, Charlotte FC will host Inter Miami at Bank of America Stadium, this Saturday.

Charlotte FC is at the 10th spot on the standing with 10 points from 10 games. They won 3 times in the league while drawing on once and losing on 6 other occasions. The hosts really need to improve their offensive side as they seems to be lacking finishing quality. They are struggling to secure a win since the previous 3 league fixtures.

The hosts won’t want a repeat of their last result here after a 2-1 MLS loss in their last game against Orlando City. Miguel Angel Ramirez’s side come into this one following three away games in which they’ve accumulated just one point.

On the other hand, Inter Miami resides at the 12th position on the table with 10 points. Of the 9 matches played, they won 3 times in the league while drawing once and losing on 5 other occasions. The visitors need to to improve up their defense as they have been conceding goals recently.

The visitors had belatedly found some form, before slumping to a miserable 2-0 defeat at the hands of New England previously. Before this though, Phil Neville’s side had won 4 consecutive matches across various competitions, of which 3 came in MLS.

Charlotte FC won the last 3 home games in a row and have lost only once at home this season. Almost 90% of their MLS points came from the games where they have played at home.

Meanwhile, Inter Miami lost thrice out of the 4 away games played this season and are struggling to keep up with the games played on road.

By the looks of things, expect a home win this Saturday as Charlotte FC proves to be the best when battling it out at Bank of America Stadium.