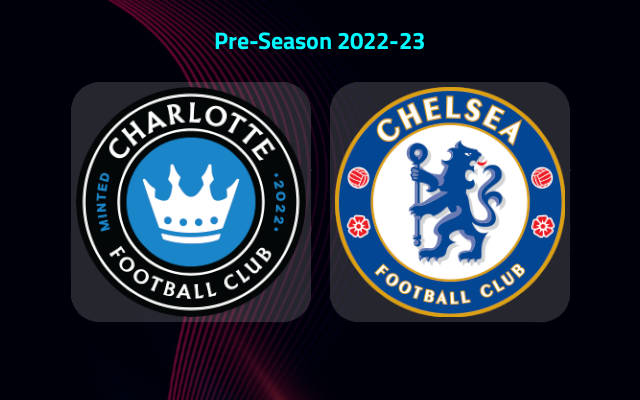 The former Champions League winners will look to make it two wins in a row when they take on Charlotte FC in their second pre-season friendly at the Bank of America Stadium in North Carolina during Thursday.

The Blues opened their pre-season with a 2-1 win over Club America on last Saturday. Timo Werner and Mason Mount scored in the second half of the match thereby gaining a victory. The two new additions to the team namely Raheem Sterling and Kalidou Koulibal will look to make a positive start for their new club against Charlotte FC.

Chelsea will face Arsenal after this before facing Udinese in their final friendly of the summer at the end of the month. The visiting side have ended their Premier League campaign at the third spot last season but they have been miles ahead of Manchester City and Liverpool in terms of their performance and points.

On the other side, Charlotte FC are playing their first ever season in MLS this term, collecting 26 points to sit 8th in the Eastern Conference. They need just 2 more points to enter into the Play Offs and that is an immense glory considering the club formed only in 2019.

The boys from North Carolina have lost the last MLS game, against Inter Miami on the road by 3-2 last week. Over the past nine games, Charlotte posted 4 wins and losses each while drawing once. That describes their overall performances pretty well upto this point.

Both these sides had never crossed paths each other in a tournament and this will be their first ever encounter.

The Blues have pretty high ambition for the upcoming year. Chasing the EPL title is on the list, as well as at least one more trophy. The side won their last friendly game and will be confident enough to approach this game also with the backup of new signings.

Meanwhile, Charlotte FC lost thrice of their last 5 league games. In MLS, they have won 7 out of the 10 games played at home turf. They have been inconsistent throughout the season and has recently lost the last MLS fixture.

Thomas Tuchel will expect Chelsea to be a little more than they were in Vegas. Even though the guests won’t play with their full potential, they come in as the favorites to win here.