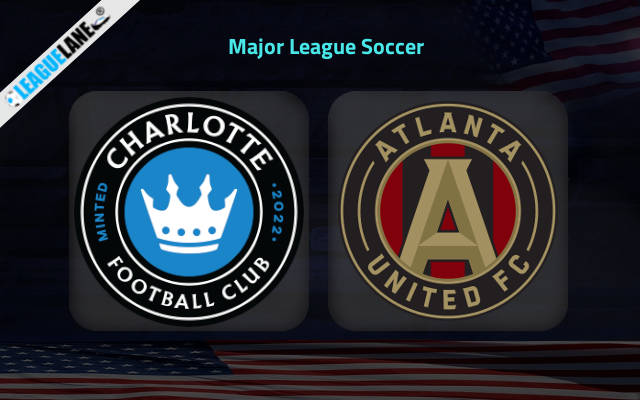 Charlotte FC and Atlanta United will meet each other for the second time this season on Sunday afternoon at Banc of America Stadium.

Their previous meeting occurred almost a month ago when Atlanta United celebrated a 2-1 victory on the home patch.

The visitors will enter this game in higher spirits, too, following a 0-1 victory away at D.C. United last weekend.

Atlanta United dominated in pretty much most parts of the game on the occasion and deservedly found the late winner as Marcelino Moreno bagged the only goal of the affair in the fourth minute of added time.

Atlanta United are now unbeaten in three successive MLS outings. They have claimed seven points in the process.

The team led by Mexican manager Gonzalo Pineda are third on the East with 10 points from the opening 5 games.

Nevertheless, the away clash against Charlotte FC will represent a serious test for Pineda and his troops because their counterparts have won two matches in a row at Banc of America Stadium.

Charlotte clearly tend to offer better performances in front of their fans at the beginning of the season. They fell 2-0 at Philadelphia Union eight days ago, registering no more than a single attempt on target during the 90 minutes of play on the occasion.

Atlanta United did not give away too many chances in the last weekend’s 1-0 win at D.C. United, while Charlotte’s defense also did well in their latest home matches.

We thus find the Under 2.5 goals FT pick an appealing netting option at the 1.95 odds, while you can alternatively back the stalemate at the attractive 3.50 odds.