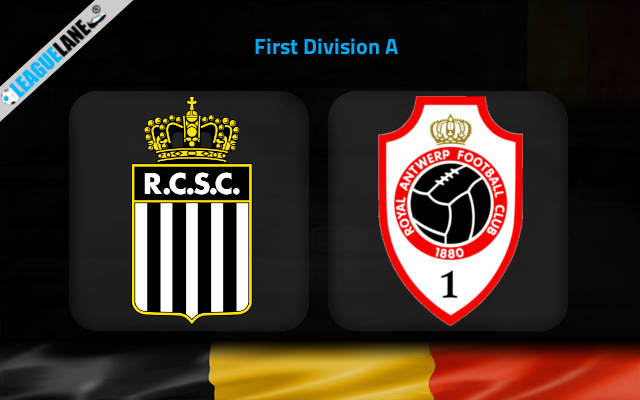 Royal Antwerp have found their groove and they are expected to edge a victory against Sporting Charleroi on Friday evening.

Sporting Charleroi come from the back of two successive draws in the league as they have slipped down to 4th in the league table. They have been playing well as a team in recent games, but they are unable to find the final touch to grant them goals.

The home side will be keen to rectify these issues on Friday evening as they gear up to face Royal Antwerp.

On the other hand, the away side will be looking to add a setback to the progress of the home team as they themselves look to get on a run of wins after hammering Standard Liege 5-2 away from home. The confidence of the away side will be high as they look to cause another upset in the league this season.

Sander Coopman is unable to play due to a cruciate ligament rupture and he remains the only absentee for Friday’s game.

In the previous 5 encounters between these two sides, they both share equal success. Sporting Charleroi and Royal Antwerp have won 2 apiece and drawn once in the last 5 matches.

The most recent success belonged to Royal Antwerp as they secured a 2-1 home victory against Les Zebres.

Royal Antwerp come into this game with sky-high confidence as they trashed Standard Liege 5-2 away from home last week. They will be raring to go back on the field and remind the others who they can be as a team on their day.

Michael Frey will be buzzing to score many more goals as he hit 5 vs Standard Liege.
Sporting Charleroi will also be in some level of confidence as they play at home, and they will also go out there with the aim to secure a victory to boost their league position.